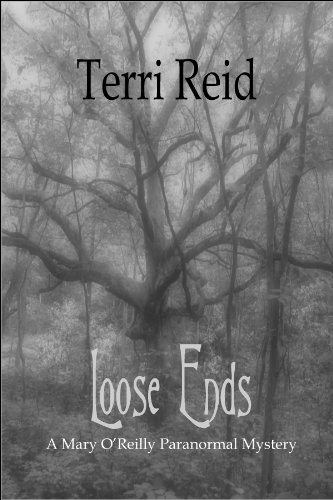 Looking for a paranormal mystery series with a small-town cast of characters that also includes humor and romance? You’ll want to check out today’s Kindle Daily Deal: the first 10 books in the Mary O’Reilly Paranormal Mysteries series are priced at $1.99 TODAY ONLY, and all of them are rated 4.5/5 stars or higher.

Dying is what changed Mary O’Reilly’s life. Well, actually, coming back from the dead and having the ability to communicate with ghosts is really what did it.

Now, a private investigator in rural Freeport, Illinois, Mary’s trying to learn how to incorporate her experience as a Chicago cop and new-found talent into a real job. Her challenge is to solve the mysteries, get real evidence (a ghost’s word just doesn’t hold up in court), and be sure the folks in town, especially the handsome new police chief, doesn’t think she’s nuts.

Twenty-four years ago, a young woman drowned in the swimming pool of a newly elected State Senator. It was ruled an accident. But now, as the Senator prepares to move on to higher positions, the ghost of the woman is appearing to the Senator’s wife.

Mary is hired to discover the truth behind the death. She unearths a connection between the murder and the disappearance of five little girls whose cases, twenty-four years later, are still all unsolved. As she digs further she becomes the next target for serial killers’ quest to tie up all his loose ends. 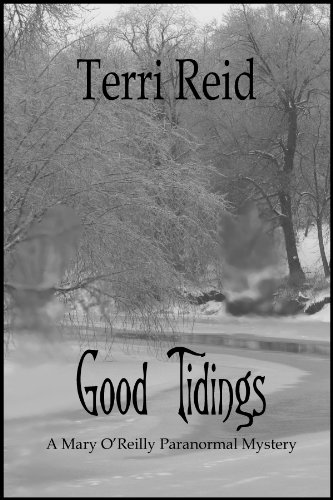 Mary O’Reilly, Private Investigator, is decorating her office for the holiday season when the newly installed bell over her door jingles. She looks over to see a six year-old boy standing next to her desk.

His name is Joey Marcum and he wants to hire Mary to find his baby brother.

Mary nodded. “Okay, Joey, but I’ll want to work with the police on this one. Do you have any problems with that?” Joey paused. “No, I guess you can talk to them.” 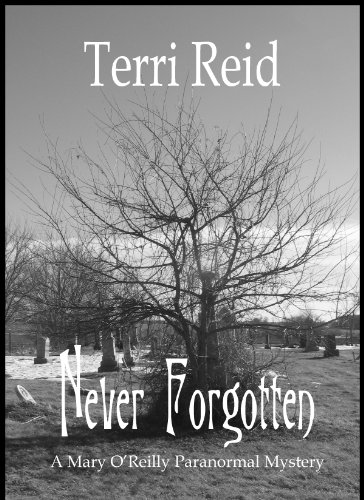 He jumped around. The voice was just behind him.

Even before he turned, he knew no one would be there.

He rubbed the back of his neck, still cold from the breath that carried those words.

The curse had killed another Law Enforcement Officer in Stephenson County, this time it struck on Christmas Eve. Nearly a dozen good men had died in the past four years and they all had the same unexplained symptoms. And Mary knew Bradley was next. 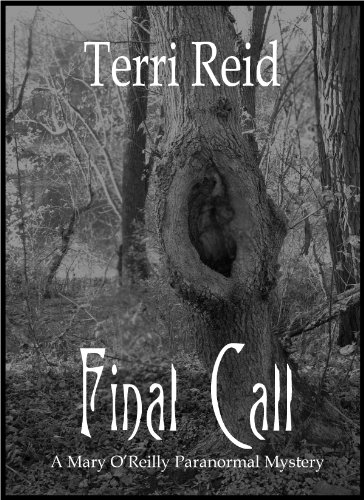 Rosie looked up to where he directed and saw the caftan and silk pants ruffling in the slight breeze of the theater twenty feet over the stage.

Faye McMullen was murdered in cold blood at Winneshiek Theater and Mary O’Reilly and Police Chief Bradley Alden have to discover who done it before the murderer gets the chance to get rid of the prime witness… Mary O’Reilly.

Click here to browse all 14 books in the Mary O’Reilly Paranormal Mysteries series. Note: only books 1-10 are included in today’s Kindle Daily Deal.