100% rave reviews and an overnight price drop! Before the Full Moon Rises (Chronicles of the Secret Prince Book 1) By MJ Bell **Plus, today’s Kindle Daily Deals! 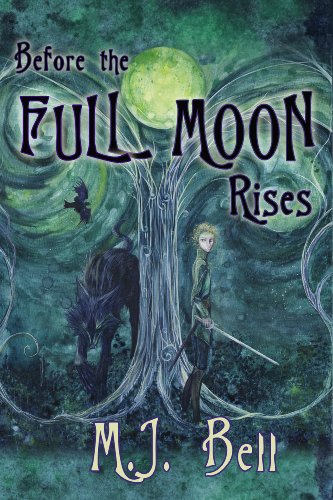 – Learn More
Text-to-Speech and Lending: Enabled
Don’t have a Kindle? Get yours here.
Here’s the set-up:
On Sale! Everyday price

Deston Lespérance grew up believing faeries and monsters were just stories mothers told their children at bedtime. However, after his mother mysteriously vanishes and he stumbles into the mystical realm of Tir na-nÓg, he discovers the shocking truth that these beings are not only real, they hold the key to his future.

With a new friend, Margaux, and Excalibur’s twin brother sword, at his side, Deston races against time to find his mother and the Light Crystal before the full moon rises on the autumnal equinox. The odds are stacked against him and the mind-boggling obstacles they come across push the limit of what two teenagers can handle: an attack by gremlin-like creatures; captured by 6 foot tall vampire bats; hunted by a giant wolf, and almost lost forever in the mist of Avalon, but Deston won’t even consider giving up. He’d made a vow to do whatever it takes to get his mother back, even fight the devil himself if he had to. The thing is … when he made that pledge he had no idea how close he’d come to doing just that!

“As Deston gradually discovers this new world and who he truly is, I felt like I was on this once-in-a-lifetime adventure with him, which made it difficult for me to put the book down. It was full of exciting and equally intense moments, some heart-warming scenes, and plenty of enjoyable parts for fantasy/magic fans. Before the Full Moon Rises is a must-read and M.J. Bell is a very talented writer and storyteller. I can’t wait to read the next book in the series.” Readers’ Favorite

100% rave reviews and an overnight price drop! Before the Full Moon Rises (Chronicles of the Secret Prince Book 1) By MJ Bell
**Plus, today’s Kindle Daily Deals!