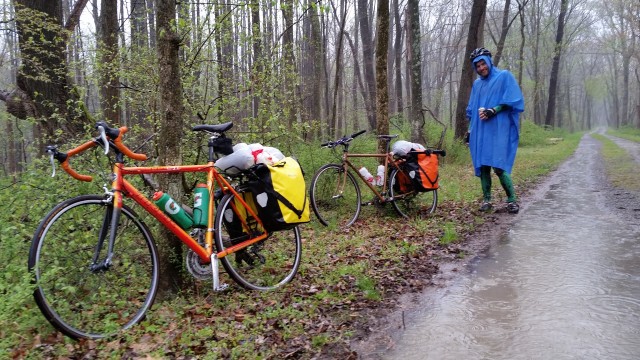 The rain begins soaking through my poncho as I zip along the muddy towpath skirting the Chesapeake & Ohio Canal. I’ve come 100 miles by bike through the mountains of western Maryland and still have 30 more to go before setting up camp for the night. For a moment there is a sinking feeling in my gut as I remember I forgot to stow my phone, which is now wrapped tight in the heavy, waterlogged fabric of my cycling jersey. Then I remember that phone is a Galaxy S5.

Stopping for a moment to assess the situation and check that the rest of the gear — the sleeping bags and hammocks, the clothes, the food — is staying dry, I pull out the phone to snap a few pictures. It’s waterproof, after all. To prove the point to my riding partner I throw the phone in a deep puddle. I pick it up, wipe the mud off on my leg, and place the phone back into my pocket. Determining that our situation is unlikely to improve over the course of the next several miles, we do the only logical thing and crack open a beer.

Touring with the Galaxy S5

Our final route would cover nearly 250 miles from the valley housing Deep Creek Lake near the western boundaries of Maryland to the tidewaters of Baltimore. The four day cycling tour would be no walk in the park as we camped each night with the minimal amount of equipment we could stuff into the panniers hung from the backs of our bikes, pumped water from wells leeching their contents from the nearby Potomac River, and followed along a route that led us out of the comfortable confines of 4G LTE service into a world of cellular dead zones. And throughout it all, the Galaxy S5 might just have been the most important tool I brought along. 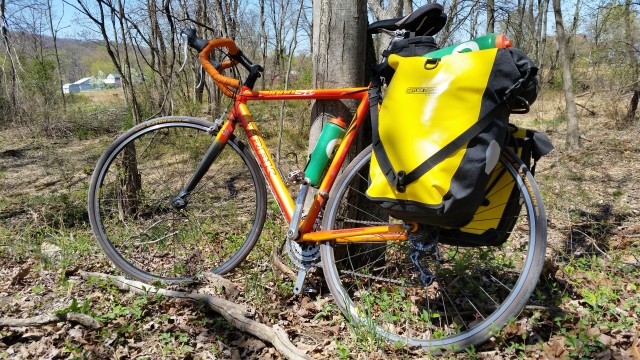 Full disclosure: I had brought along a secondary phone — an iPhone — but the device saw little use. I also carried an Incipio portable battery pack with a solid 6000mAh of extra charge in case I needed it. But given that packing light was key so as to avoid the pain of dragging 100 pounds of bike and gear up steep mountain inclines, I had to keep a limit on the sorts of technology I brought along. In hindsight, the Galaxy S5 was probably all I needed, no extra phone or battery pack necessary.

This is not to say the S5 was perfect, and I wasn’t necessarily using the phone in the traditional sense — my glowing endorsement really only concerns its use as a GPS device and camera — but I really could have had no better companion for the trip. That’s if you don’t count my riding companion Lee Cumberland. You can catch a glimpse of the full ride as captured via GoPro and the Galaxy S5 over at his S/V Satori blog.

When it rains it pours 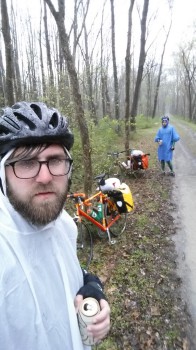 Most of the Galaxy S5 coverage we have seen to this point lauds the device for its IP67 certification. The phone’s resistance to dust and water has for the most part, however, only been demonstrated in very controlled settings. While it’s great to know we can drop the phone in a bowl of water or a toilet without fear, I would not call this a typical situation. I was able to put the phone through the paces in conditions that many folks would be much more likely to find themselves in.

The first day of riding on the C&O Canal towpath, an unpaved surface of packed dirt and loose gravel, saw no shortage of dust kicked up around the GS5. A major storm system would turn that dry and dusty path into a mess of mud by the next day, and the ensuing storm would soak us to the bone as we toughed it out to keep on schedule. No, this was not a test immersing the Galaxy S5 in a few inches of standing water. This was actively using the phone to navigate and track progress with no qualms about keeping it out of the damp and dirty conditions.

While the water protection was ace, that is not to say the Galaxy S5 was the most accommodating device to use in wet conditions. While damage was not an issue, water build up on the phone’s touchscreen made navigating the user interface impossible at times, and caused some issues when trying to snap off a few quick shots. This is not necessarily a flaw inherent to the Galaxy S5 itself — water would interfere with the accuracy of any capacitive touchscreen — but it does draw a distinction between “safe from water damage” and “usable in wet conditions.” Wiping off the display provided a quick remedy, but in a torrential downpour it wasn’t staying dry for long.

Still, the peace of mind that the Galaxy S5 could survive the rugged nature of the journey is a testament to its design. I did not go easy on the phone, nor did mother nature, but it made it back in one piece and no worse for the wear. 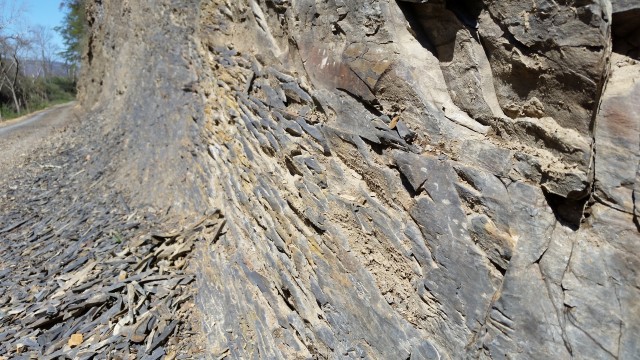 Perhaps even more impressive than the device’s resistance to water and dust damage was the performance of its camera. The phone was always on hand and I used it to document the journey, snapping a few quick photos here and there as we rode along. Without thinking too hard about the photos or even messing much with the Galaxy S5’s modes and shooting settings, I was able to capture some pretty nice shots. All the photos you see in this post were taken with the phone.

The Galaxy S5 definitely does wonders in the sun. Give that 13MP camera ample natural light and you might just impress yourself with how good a photo you are able to capture. When the clouds rolled in the story wasn’t quite the same, but image quality remained impressive. 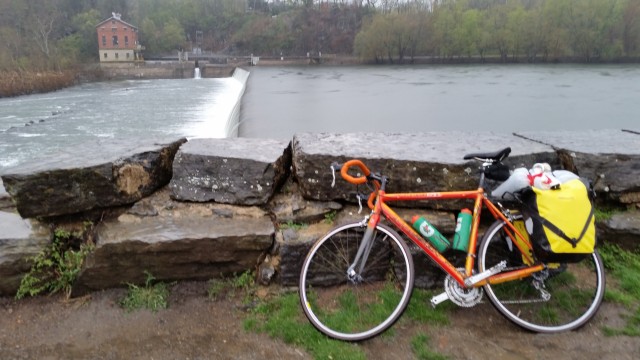 Nearly everyone I have shown the photos since my return has made a comment along the lines of “that phone takes some pretty nice pictures.” And it does. My secondary iPhone might have done a a decent job itself in capturing photos, but the Galaxy S5 made sure that other handset stayed buried deep in my bag.

Eight hours of GPS tracking per day, constantly connecting and disconnecting from cell towers while searching for a signal and moving in and out of roaming — these are just a few of the pitfalls that the Galaxy S5 had to face over the course of four long days traveling away from the comfort of an easily accessible wall outlet. Despite a life on the road that would test the limits of any phone’s battery, I never had to worry about keeping the Galaxy S5 powered.

After two days of use with a little over 30 percent left on the phone’s battery I gave it a quick recharge via my Incipio offGRID battery pack. I can’t say enough for that little device either. In an extremely portable and rugged-in-its-own-right package, the offGRID provided 6000mAh of backup juice (enough to get about two full charges of the GS5’s 2800mAh battery) with two USB ports providing 3.1 amps of charging power. Charge times were quick, and they needed to be. The trail waits for no one and we were constantly on the move.

But even without the Incipio battery pack I feel confident the GS5 could have made it to four full days of use had I worked the battery more efficiently, powering down when possible and limiting connectivity to avoid wasting power searching for data networks and downloading emails. If needed, the Galaxy’s Ultra Power Saving mode could have easily kept me connected for the duration had my battery waned to below 10 percent.

The struggle is real 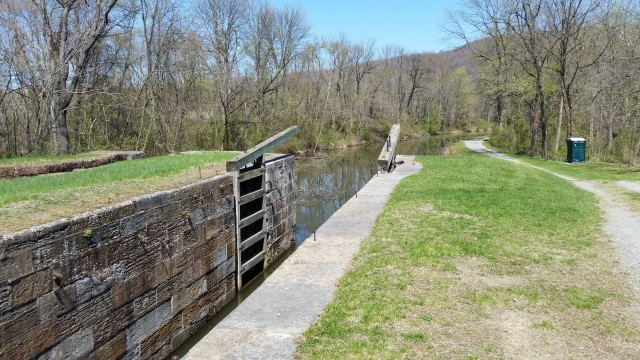 Riding hundreds of miles over four days is no easy task. Being the smartphone that tags along can be equally grueling. While the GS5 did its job and more, there were some areas where the device still fell short.

For starters, forget S Health. I didn’t bother using the pre-installed app to track the ride due to its extreme limitations. S Health is probably nice for the casual user that wants to track steps or a couple runs or shorter bike rides per week, but it doesn’t hold a candle to Strava, my default app for recording and analyzing my cycling activity.

The Galaxy S5 is also rather bulky and difficult to use with one hand. Opting to ride without a handlebar mount for the phone, removing the GS5 from my back pocket in order to check a map or take a photo typically meant coming to a complete stop. Not that it’s recommended to operate a bicycle with one hand and a smartphone simultaneously with the other, but the Galaxy S5 makes the task highly impractical.

With all the praise being heaped on the Galaxy S5’s display, it’s worth noting that in sunny conditions even the eye-searing brightness of the Super AMOLED display was greatly washed out. At maximum brightness there were still times where a hand was needed to shield the sun from the display.

I have my personal differences with the Galaxy S5 and Samsung as a smartphone user. I’ve never been a fan of TouchWiz and the cheap feel of of the Galaxy line’s plastic build has provided me enough reason to keep my distance. But Samsung’s latest effort has given me some hope for the Galaxy brand. Sure, it’s still clunky in many ways — four days of solid use was not enough to demystify the bloated and at times overly complicated software of the phone — but it gets a lot right in the process, including battery life, ruggedness, and camera quality. If the Galaxy S5 is at home in any adventurer’s bag, it is equally worth consideration for a place in the average user’s pocket.