We’ve heard about a 10 inch PlayBook being in the making and we saw that RIM also launched a keyboard case for its first PlayBook. Now it appears that Research in Motion is preparing to launch new models with 4G connectivity this time and one of them already showed up on the FCC website. 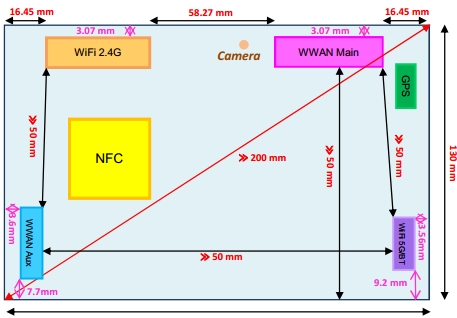 The first to pop up was a HSPA+ modem packing slate, that was found on the FCC website recently. There’s also a 4G LTE version floating around and since there aren’t any details available in the FCC listing, we could even believe that the product is a 10 inch tablet. The only features confirmed are support for WiFi, NFC, Bluetooth and mobile broadband. With the WiFi PlayBook available for over a year, it’s certainly time for an upgrade, right? Rumors say that the new 7 inch LTE BB tablet might have a better CPU, a 1.5GHz dual core unit instead of the original TI OMAP 4 unit at 1 GHz.

Since RIM didn’t even launch a new phone for the past months, I have to wonder if they actually have an upgraded tablet in the works and I mean a totally new one, not only diagonal size, CPU and connectivity upgrades… any chance for that before a fatal buyout?