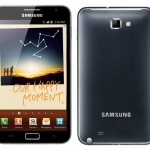 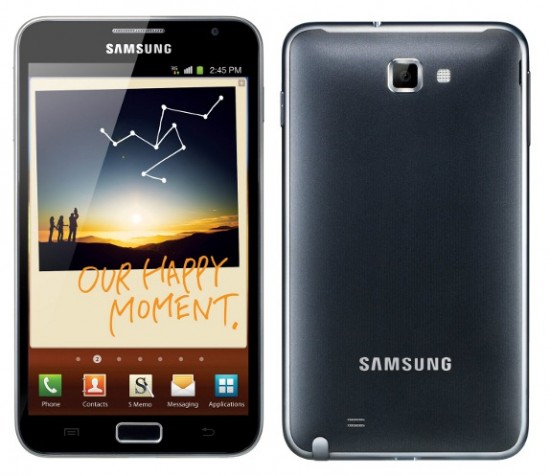 The last time we heard from Samsung regarding their upcoming Samsung Galaxy Note phoneblet, they said the device was expected to arrive in the UK sometime in early 2012. Well, it looks like Samsung has moved the device up from that projected date and officially announced the 5.3-inch Galaxy Note will be released for retailers in the UK on November 17th. Here’s Samsung’s full press release:

3rd October 2011, London, UK - Following the recent global launch at IFA, Samsung has today announced that the latest device to join its Galaxy range, the Galaxy Note, will be available in the UK on 17th November 2011.

Simon Stanford, Managing Director, Mobile, Samsung UK and Ireland said: "We’re delighted with the overwhelming reception the Galaxy Note has received since it was announced earlier this month and are looking forward to offering Samsung customers a whole new smartphone experience. The Galaxy Note is a great example of Samsung’s passion for innovation by bringing to market a brand new category of mobile products. It is our fastest handset to date and brings together all the benefits of our award-winning smartphone technology and services."

The Galaxy Note combines the benefits of a notebook with the portability of a smartphone. Thanks to its 5.3" HD Super AMOLED screen, the largest, highest quality display available in any phone, consumers can view movies, photos, and documents, as well as play games on the device with crystal-clear clarity.

Not only that, an advanced pen-input technology called the S Pen and a full touch screen mean owners of the Galaxy Note can easily create and consume more content whilst on the go, with minimum scrolling and screen transitions. With a 1.4GHz dual-core processor, the Galaxy Note is Samsung’s fastest handset to date, combined with HSPA+ enabled super-fast connection means there’s immediate access to content and increased download speeds for streaming videos in real-time or chatting with friends online.

The Samsung Galaxy Note will be available in the UK across major networks, key high street and out of town electrical retailers and online.

I know a lot of our readers have been looking forward to this tablet/phone hybrid. Here’s to hoping they upped that projected US launch as well.