6 Best Photo Editing Apps You Have to Try Right Now

I asked on Twitter recently what video you wanted me to do next and you overwhelming chose this for me to do one on the best photo editing apps you should try right now.

When I suggested it, I’ll be honest, I wasn’t quite prepared for just how many photo editing apps there are. From ones that strictly turn your photo into 8 bit video game-esque murals, to ones that just put text overlays on the photos, I realized quickly that I needed to come up with some stricter criteria for the best photo editing app.

For this video, I decided that each app needed to not just be good at one, very obscure feature, but that they needed to be good at editing photos in general (and in some cases where they specialize in a feature, it needs to be one that is trulay helpful in photography overall, not just a thing you’ll use once). They also can’t just be a camera app, since I feel that’s a different article (let me know if you’d like that one soon), and they can’t be a social network (Instagram kept coming up on this search and while, yes, it has photo editing features, that’s cheating). And, finally, they have to work on Android and iOS, because, well, that’s just fair to you guys and if they have an app for both that people are using and writing about, then they’re doing something right inherently.

So, with that criteria set in place, I scoured the web and here are the photo editing apps I kept coming back to. 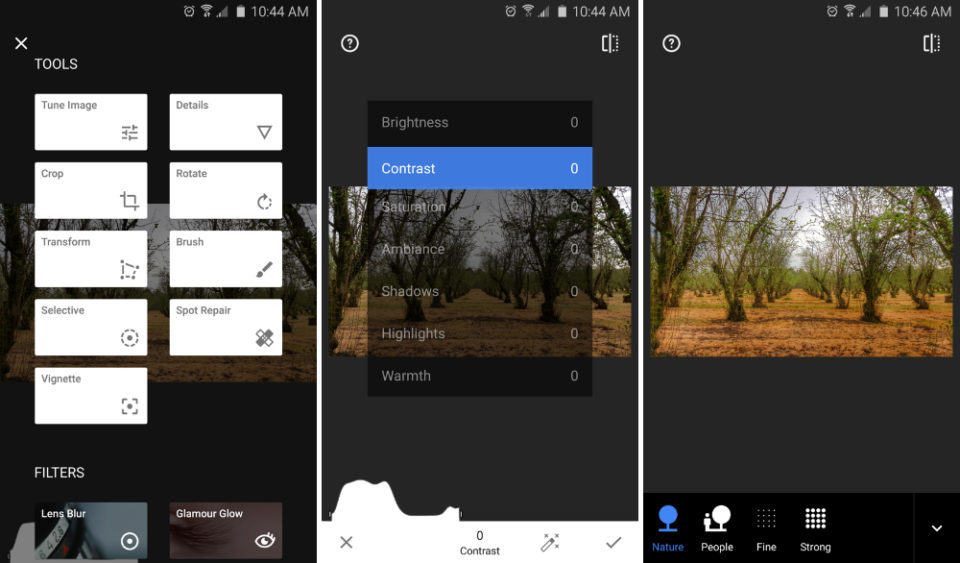 This is one I actually have been using for a bit and love. Snapseed, created by Google by the way, is one of the most popular photo editing apps for iOS as well as Android. Reason being that it has a super intuitive UI and tools for pretty much everything a photographer would need to enhance their photos.

Basics like exposure, color temperature, adjusting the shadows/highlights, saturation, etc. are all easily controlled by swiping up and down and left and right and there’s even a histogram at the bottom for those who want to look at the data in the photo while editing (something any professional photographer will probably be happy about).

Beyond that, there are artistic filters, and even a healing tool to remove small unwanted objects from the photo. Overall, it has a lot of bases covered and, by the way, it’s free for iOS and Android. 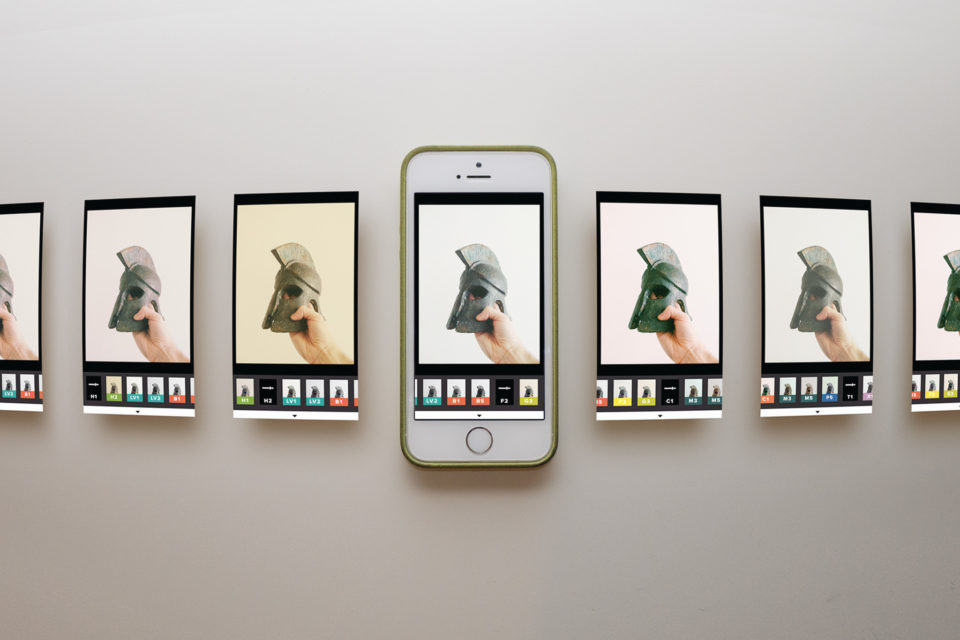 VSCO is so popular because the company behind it has a seriously good reputation in the world of photography for creating tools for Adobe Lightroom (a very popular photo editing tool, if you haven’t heard of it) and, according to reviews of the mobile app, they have brought that expertise to their iOS and Android apps.

In addition to the basic editing tools, it’s big claim to fame is it’s filters. Instead of super dramatic ones (which it still has) it also has some very subtle ones that are aimed to mimic vintage and modern analog film looks. And, unlike a lot of other filter touting apps, the filters strength can be adjusted to create the exact look you want.

Now, while it isn’t the most intuitive app for someone to just pick up and use, it is a quite stunning one and doesn’t take too long to learn how to use.

OK, so I know I said they shouldn’t just do one thing, but this tool does something that I feel most photographers could really benefit from, and it does it pretty well –the ability to remove items easily from your photo.

Sometimes you get that one item/photo bomber/animal in your photo and if it weren’t for that, it’d be an amazing shot. This tool allows you to easily remove them without ruining the rest of the photo (most of the time at least). It’s also super easy to use.

Simply tap the drawing tool and color in the part you want to make disappear then tap Start and watch it vanish without much distortion (like when I try and do this in most other apps frankly). You can also use this tool to clone items or move them as well, but regardless it’s a great tool to start on a photo that could be better if it had less in it, then bring it into one of the other apps on this list to finish the job. 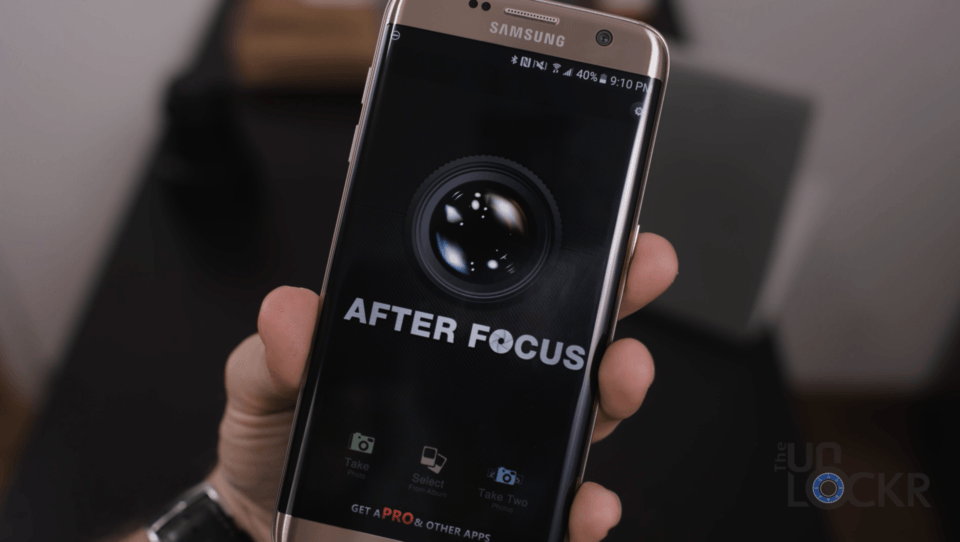 OK, last one that does just one feature. This one is pretty helpful for most photographers (or at least Instagramers?) and it’s about creating the bokeh or depth of field look with your smartphone.

It’s just something people think is aestetically pleasing and aren’t sure why but, essentially, it comes down to the fact that it’s sort of the way our real eyes work — we can only focus on one object at a time and the rest outside of that vision is slightly blurred. Now, that’s not to say that a photo in complete focus isn’t a great photo, but for a little extra pop, a blurred background can be a good stylized choice for a photographer.

Issue being that – while they are getting better – our smartphone cameras can’t do this look very easily (we’ll ignore the dual camera models that were made over the years for this since software can achieve a pretty similar look without the need for the dual cameras). AfterFocus is an app for iOS and Android that not only does this, because you can find a bunch that do, but does it really easily and with a level of control that allows you to make sure it doesn’t look too “overdone”.

In a nutshell, you can take any photo and draw lines on things you think are the foreground, mid-area, and background until you achieve that blur you want on the correct part of the photo. You can also adjust the blur and the feathering of the edges to make the blur more subtle (you need the Pro version for this feature if using Android). 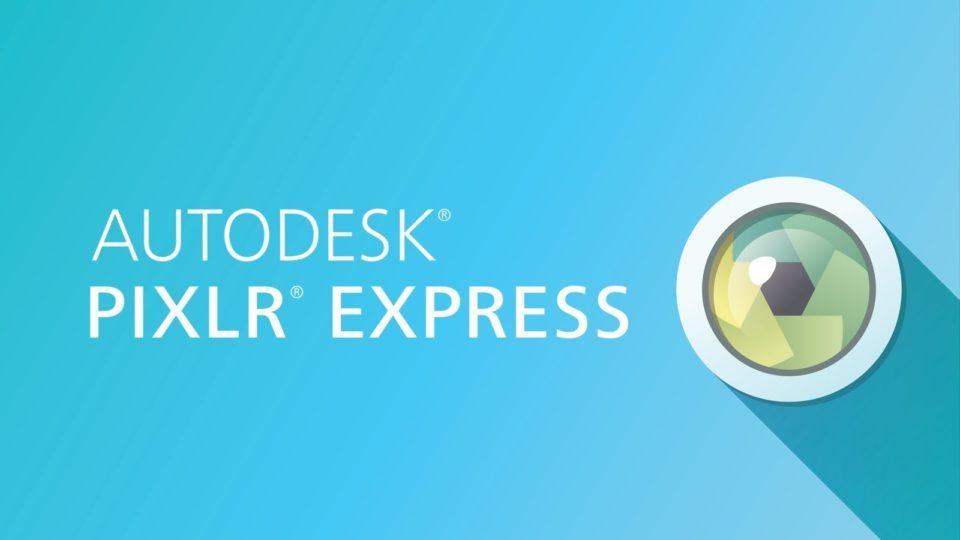 With over 50 million installs on Android alone, we have to mention the free photo editing app, Pixlr, right?

Effects and layers are the name of the game for Pixlr. Boasting over 2 million effect combinations, you can use Pixlr to add text overlays, layer your images on one another, make collages easily or even do all of the above on one photo you crazy fool you.

There are too many features to show you them all, but just understand that it has pretty much everyone imaginable and it’s free so it’s worth a test run if nothing else. Just try not too lose too many hours of your life. 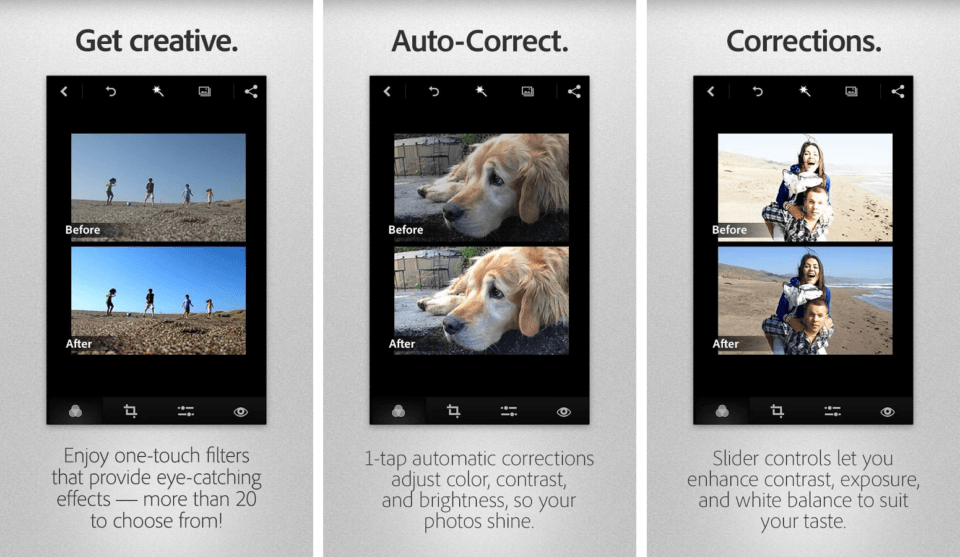 What photo editing round up would be complete without mentioning Adobe. Adobe’s Photoshop is such a standard in the professional photo editing world that it has become a verb in our everyday language:  “They photoshopped the crap out of that model.”

Already pretty dominate in the desktop world, Adobe figured it made sense to make a mobile version of their prized app. Which seems like a great idea, but the big challenge was how to do transfer what could be transferred and utilized without a traditional mouse and keyboard input. Thankfully (and according to most reviews of each app), they seemed to do just fine with that challenge.

Now while not everything from the desktop version of Photoshop is included, the basics, some looks/filters, and some super simple tools like straighten and flip are there and easy to use (unlike in a lot of other photo editing apps). Now, honestly, I prefer some of the other tools on here to Photoshop since I’m not very familiar with Photoshop itself, but since it does the same things as most on here and is so highly praised, I’m sure someone with a bit more Photoshop experience is going to love it.

There you go, some of the best photo editing apps for iOS and Android. I’m sure I missed some of your favorites, so please let me know which you use regularly and why below!