According to a Sprint document, the Galaxy Note 5 could have a MicroSD card slot after all 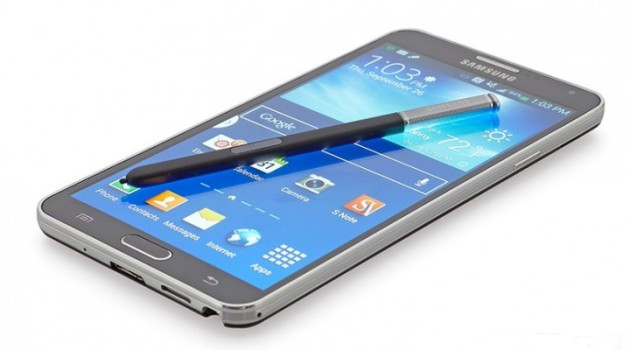 So…there’s been much discussion of late about Samsung’s rumoured decision to omit MicroSD card support for its upcoming Galaxy Note 5 and Galaxy S6 Edge Plus handsets. Opinions are polarized, with some fans of the Note series saying they will look elsewhere for their next phone, while for others (myself included), the lack of MicroSD card support isn’t something we care about (the lack of removable batteries is another matter though). At this point, I think most of us have pretty much accepted that MicroSD card support will not be present, right? But, hold your horses because now there’s a chance that Samsung has decided to include it after all.

This alleged turnabout comes care of a document from the US carrier, Sprint, detailing a Samsung smartphone with model number: SM-N920P which is widely held to be a Galaxy Note 5 model. In the document, one line states that 32GB of internal storage is included, with “external memory slot” and the word “Yes” next to it. The document then goes on to state that the slot will allow users to expand storage by up to 128GB. If true, and it’s a big if, it will be interesting to see how Samsung has got around the performance gap between MicroSD cards and the UFS 2.0 technology it was believed to be using. Most of the other specifications mentioned in the document seem to be correct when compared to the earlier rumours.

Except for a couple of things…the Sprint document says that the device will have 3GB of RAM, where we’ve had previous rumours confirming that the Note 5 will indeed carry 4GB of RAM. It’s also been accepted that the Note 5 will be powered by one of Samsung’s own Exynos processors, but the document mentions Qualcomm.

There are a few explanations for these apparent discrepancies. One is that the Sprint document is wrong about MicroSD card support and that someone has just copied and pasted some of the specs from the previous model, the Note 3. Another could be that Samsung has decided not to use UFS 2.0 with the Galaxy Note 5 for some reason. Thirdly, it might be a carrier variant, which, considering that it’s a leaked document from a US carrier, does give it some credibility. US carriers are renowned for wanting slightly different versions of Android smartphones. Lastly, some of the specifications could merely be placeholders in a document that was never meant to see the light of day.

So, them’s the choices, what do you think of this alleged u-turn of Samsung’s to include MicroSD card support? Do you have theories of your own about why slightly different specifications are mentioned? If the rumour is correct that the Note 5 and Galaxy S6 Edge Plus will be announced on August 13th, we (thankfully) don’t have long to wait to be put out our misery. Until that day arrives, though, you can expect the leaks to become even more plentiful.

Come comment on this article: According to a Sprint document, the Galaxy Note 5 could have a MicroSD card slot after all