Acer Liquid Z5: You get what you pay for [Review] 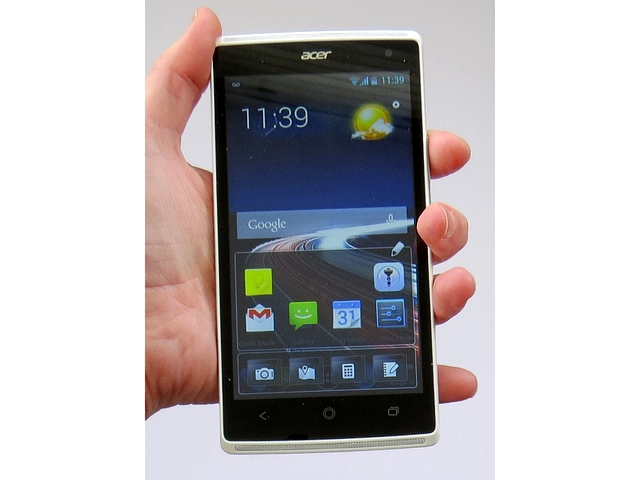 Acer has come up with a low-cost 5in handset in the Liquid Z5, and one with a neat chassis design, too. However, it needs some distinguishing characteristics to make it stand out, as things are competitive in every segment of the handset market these days. So does the Liquid Z5 have what it takes to be a winner?

The Liquid Z5 comes in a Duo version -- that’s one which supports two microSIMs. That’s why the cover for the SIM slot on the single SIM model (which I was sent for review) is so very long. The dual SIM version is currently available online for £140, while Asda has my single SIM version for £95 as I write (the phone isn't currently being sold in the US). That is an attractive price for a handset with a 5in screen. Leading budget handsets cost more -- Motorola’s Moto G comes in at £150, and Sony’s Xperia M is around £135. So how has Acer managed to get down to this sub-£100 price?

Well, the chassis design certainly looks as though some thought has been put into it. My review sample had a white backplate, and this curves rather nicely into the sides of the phone. It isn’t great that you can very clearly see the join between back and front of the handset, and on my review sample the flap protecting the microSD card slot on the left edge of the phone was not a particularly good fit. This just goes to show that design is one thing, manufacturing another.

On the short edges the backplate joins a tapered front which provides space for two long grilles -- they look like speaker grilles. In fact only the bottom one emits sound, but the symmetry of the design is appealing. Sadly, sound quality is very tinny and distorted at the top volume. You do have access to an equalizer which has a noticeable effect on sound quality, but however I played with it the excessive treble and lack of bass were not fixed.

There is one aspect of the build that is irritating -- my microUSB connector, the one I use for every charge-by-USB device I own, and for review kit week after week after week, didn’t sit securely in the Liquid Z5. Time after time I found it slipped free. The provided connector fits snugly, though.

There’s a 5in screen here and that’s pretty good for a low-cost handset. There is quite a lot of bezel top and bottom, but at least the bottom bezel houses the Android touch buttons -- so that the entire screen is available for apps. In some handsets, remember, you give up some screen space to the touch buttons.

The screen itself is disappointing. With 854 x 480 pixels spread across the display, text looks fuzzy. The TFT is very reflective, and colors are not particularly vibrant. There’s no auto-brightness setting, and maximum manual brightness is not especially high. 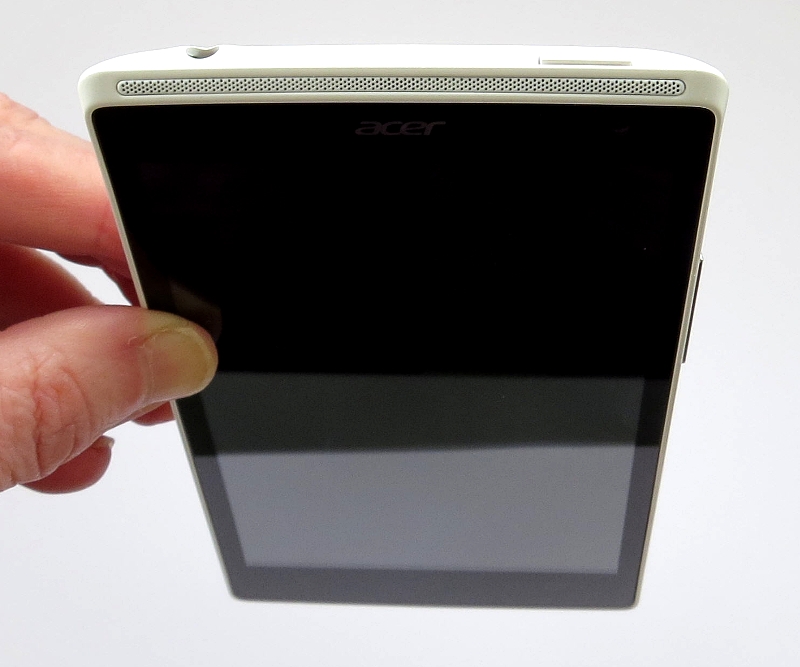 The back offers up a special feature which we can expect to see more of from Acer. There’s a button beneath the camera lens which has a dual role. Acer calls it the AcerRAPID button. If you give it a press it starts any one app -- you can set which one you want to be quick launched -- and it can be used to access some features as well, such as the screen brightness setting. It defaults to launching the music player. If you long press it, it will call up the camera -- you can’t customize that long press setting. You really do need to give it a proper press, though, for it to work. Acer’s inspiration likely comes from LG with its G2, and we’ve also recently seen a back-mounted heart rate sensor in the Samsung Galaxy S5.

On the software front Acer has implemented something it calls Quick Mode. This is a bit like the Simple mode in the Huawei Ascend Y530, but way more complex. Quick Mode is actually several modes -- basic mode, senior mode, keypad mode, classic mode and default mode.

Goodness knows why this idea has been made so complicated with so many modes on offer. Do seniors really only want messaging, FM radio, weather, the magnifier, contacts, clock and a couple of shortcuts to people? And, by the way, what clown decided that the senior mode icon would be a bloke with a mustache and cane? Keypad mode gives you a dialpad and six shortcuts to messages, media, weather, applications, contacts and settings. Classic mode offers a different set of large tiles; and so it goes on. Some of the options in these modes lead to new tile-based screens, others drop you into full apps. It is all very odd indeed, and to compound matters further, to switch between modes you need to remember a PIN. 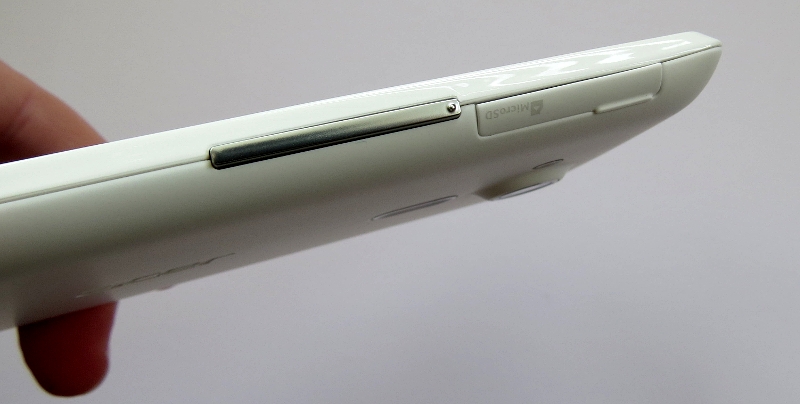 With Android 4.2 at the core the Acer Liquid Z5 is way behind the times. Acer has added a skin and a few apps, including its nice Float Apps which you can call up by long pressing the multitasking button, then tapping the app you want. You only get four of them -- camera, maps, calculator and notes.

The dual-core 1.3GHz processor is supported by just 512MB of RAM and things move very slowly. Sometimes I kept pressing at the screen because there seemed to be no reaction, but this was probably the processor being sluggish rather than any issue with the screen. Web pages take a while to render, too. To be fair, if you are not used to ultrafast handsets this may not concern you, but in comparison to the fast processor of the Moto G the Z5 comes off very poorly. 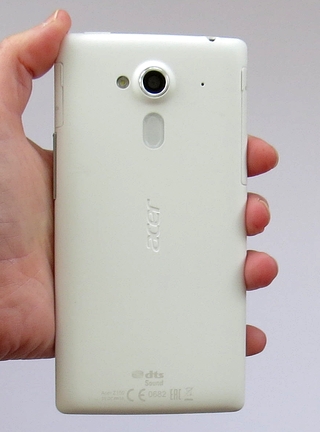 Memory is short. There is 4GB installed but only 1.7GB of that is yours to access. As already noted, though, you do have a microSD card slot for adding storage. Let’s not discuss the VGA front camera. The 5 megapixel main camera is passable, but nothing more. Battery life is worrying; on one occasion I went from 53 per cent charge to 7 per cent charge between 10.00 and 11.30 in the morning, when the handset was just sitting there not doing very much of anything. You will probably struggle to get through a day on a single charge.

Acer has come up with a fairly neat design for the Liquid Z5, and one which looks good on a budget handset like this -- but there is not much else to say that is positive. The processor is slow, the screen disappointing, and the battery life a real let down. If you are even half thinking of buying this phone, then take a good look at the Motorola Moto G before you make your final choice.