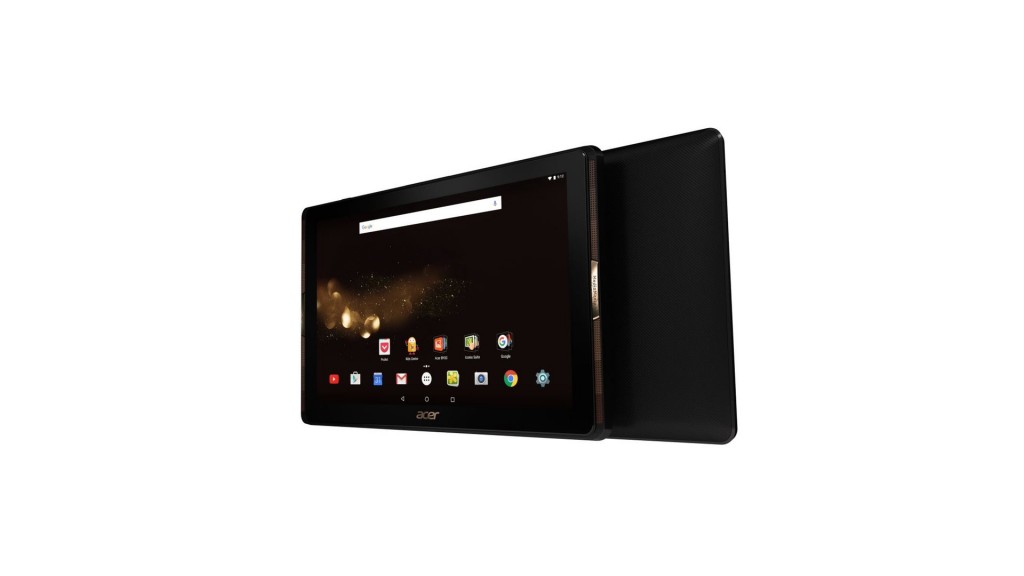 One of the things I love seeing on a tablet is front-facing speakers. On a phone it isn’t such a big deal for me, but on a tablet where I’ll regularly watch videos, play games and generally use the device for entertainment, having a good audio system is something I value a lot.

From the looks of it, Acer’s new Iconia Tab 10 — available in June for £179.99 in the UK — is packing a few features that makes it very appealing as an entertainment-based tablet.

Featuring “Quadio front-facing speakers with DTS-HD Premium Sound audio technology”, Acer promises improved sound clarity and volume as well as virtual surround sound. Leaving aside the hyperbole — we’ll test Acer’s claims when we get the Iconia Tab 10 in for review — the concept of having four powerful speakers blasting away is really enticing to me, especially because I watch a lot of video on my tablets. 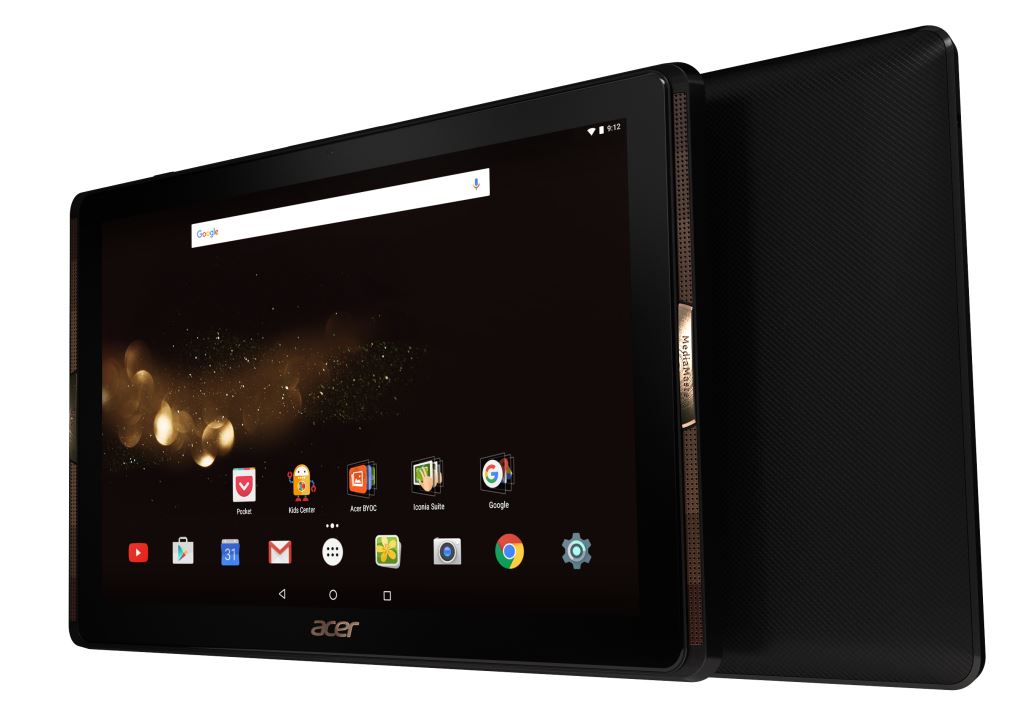 On the visual side, Acer’s packing a 10 inch full HD display on the Iconia Tab 10 which is powered by MediaTek MiraVision, “a display engine which produces images on the display with more colours, sharper and better contrast.” Combined with its IPS display, Acer’s Iconia Tab 10 promises consistent and sharp image quality — regardless of your viewing angle. Also, if you connect to external displays often, you’ll be happy to know that there’s a micro HDMI port on the Iconia Tab 10 as well as their Wireless Display feature which uses WiFi.

For creatives, Acer is also emphasising the display’s Precision Plus technology which is supposedly so sensitive that you can draw on it with a pencil as well as a stylus. I had tried this feature in Dublin with the Iconia One 8 tablet, and while it worked OK (it was very hit and miss), they’ve hopefully made serious improvements to the technology on the Iconia Tab 10.

The tablet ships with 2GB of RAM, 32GB of internal storage (expandable through microSD up to 128GB), has 8 hours of battery life and runs on Android 6.0 Marshmallow.

I’ll be trying to get my hands on this thing as soon as I can, so follow Let’s Talk Tech on Twitter and Instagram to stay updated!