Action Launcher has hit version 37 today, and it brings along with it a ton of new features. As the developer of Action Launcher, Chris Lacy, points out in a blog post, the launcher is gaining exclusive Desktop Shortcuts, the Android P dock, and so much more. It has also been built using Android P’s final API’s, so that means that it should work with little issues on Android P – of course, since this is the first release using the Android P API’s, that doesn’t mean it’ll be perfect.

Obviously the biggest new feature of Action Launcher is the new desktop shortcuts. As Lacy says in his blog post, this essentially takes the new-look long-press UI from Android P, and adds some color, so you can fully customize the shortcuts. It’s also much more customizable than just colors, as you are able to add toggles, and even apps to the Desktop Shortcuts. So you can easily jump into battery stats, or your file manager and much more. So instead of just long-pressing the home screen to get to widgets, wallpapers and launcher settings, you can now add a slew of other shortcuts and features. And the best part is taht they will be hidden unless you long-press the home screen. So that the desktop will stay nice and neat.

That’s the biggest new feature of Action Launcher v37, but that’s not all that’s new here in this update. There’s plenty of other things like the Android P dock, with the rounded corners – which was removed in the second beta for Android P. There’s also improved right-to-left reading support, and UnreadCount has been rewritten so that it will use less memory and perform a bit better on older devices or devices with less RAM. That’s important, as using more RAM can cause Action Launcher to use more battery than it should – which it shouldn’t be using any. You can download the latest version of Action Launcher from the Google Play Store today. 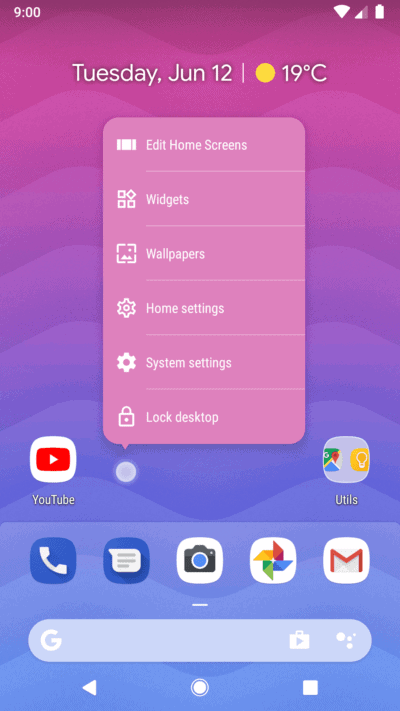 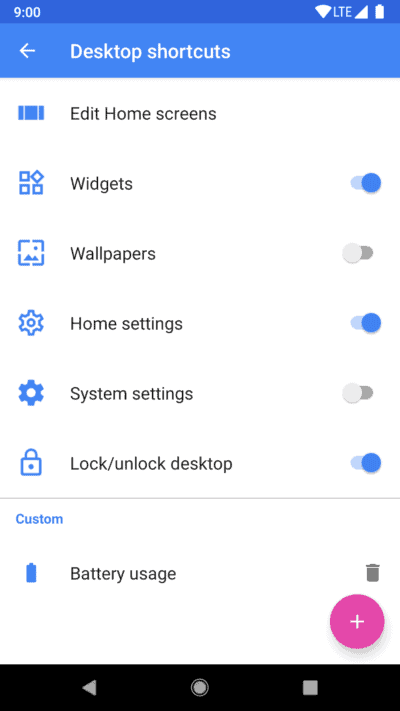