Mac Rumors Sep 18,  2013
Juli Clover Sep 18,  2013 Read Source
Sep 18,  2013
Read Source
Earlier this year, Adobe unveiled two cloud-enabled hardware offerings: the "Mighty" stylus and the "Napoleon" digital guide and ruler. The tools were in the development phase at the time, but Adobe has now announced that both Mighty and Napoleon will be released during the first half of 2014.

To bring the products to fruition, Adobe is teaming up with Adonit, known for its own line of Jot styluses. Both tools are constructed with brushed aluminum and feature Creative Cloud connectivity via Adobe software to allow users to store preferences and save their work remotely. 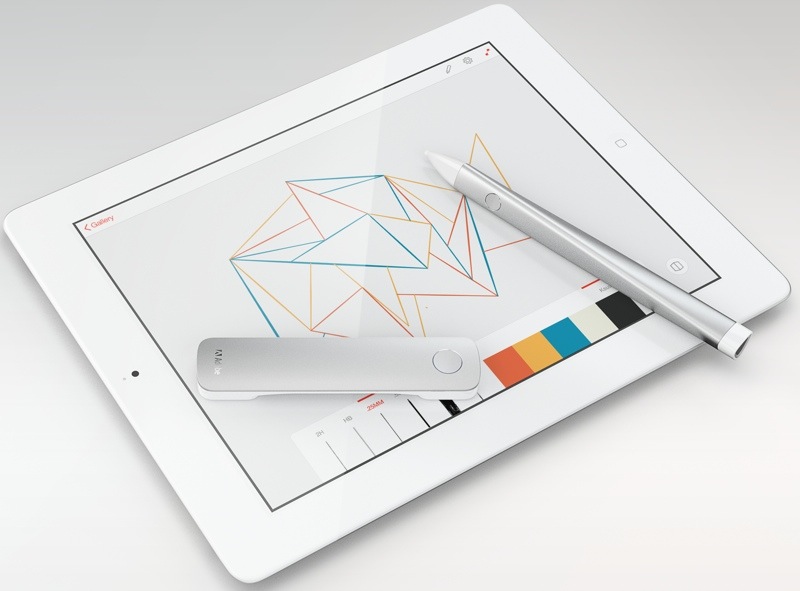 Bluetooth LE is enabled on both tools, and Mighty, Adobe’s "cloud pen", is pressure-sensitive, letting digital artists create line drawings with variable widths based on pressure. Napoleon, the digital ruler, is designed to function alongside the stylus, allowing users to draw straight lines and arcs.

With our first tools for the new creative — Project Mighty and Napoleon — we are confident that we can help make digital creativity both more accessible and more natural by combining the accuracy, expressiveness and immediacy of pen and paper with all the advantages of our digital products and the Creative Cloud. As we shared in our initial demo, Project Mighty is pressure sensitive, which helps it draw a natural and expressive line. It is also connected to the Creative Cloud, giving you the ability to carry all of your favorite personal digital assets, brushes and colors with you, copy/paste across devices and more.

Along with a release date for its upcoming hardware, Adobe announced that its Creative Cloud apps have garnered more than 1 million subscribers since being released earlier this year.

The company's Photoshop Photography Program has also gone live today, giving current owners of Photoshop CS3 or higher an opportunity to purchase both Photoshop and Lightroom for $9.99 per month.