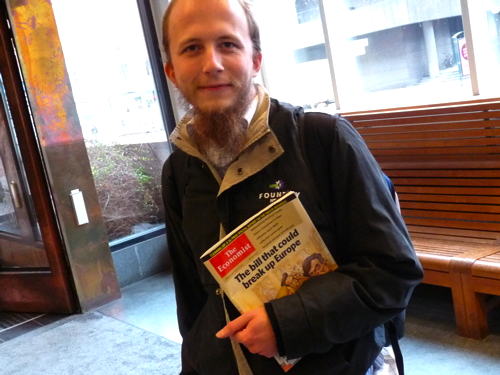 After being convicted of “hacking and gross damage,” Gottfrid Svartholm Warg, better known by his nom de hacker "anakata," was sentenced (Google Translate) to 3.5 years in prison by a Danish court on Friday.

One day earlier, the Pirate Bay co-founder was found guilty of illegally accessing the country’s driver’s license database (Google Translate), social security database, and the shared IT system across the Schengen zone, Europe's common passport regions. Using this access, he obtained the e-mail accounts and passwords of 10,000 police officers and tax officials. All of that data was managed by CSC, a large American IT contractor.

Svartholm Warg's accomplice, who was only named in court documents as “T2” in accordance with Danish anonymity law, was sentenced to six months. T2, the court said, was only involved in hacking attempts that took place on February 13 and 14, 2012; Svartholm Warg continued his activities until the end of August 2012.