The game AG Drive got us a bit excited, because it seemed to look and feel a bit like F-Zero and Wipeout, two spaceship racing classics. Well, this game isn’t expensive and we spent $5 on it, but in the end it wasn’t exactly the Wipeout clone we hoped for. 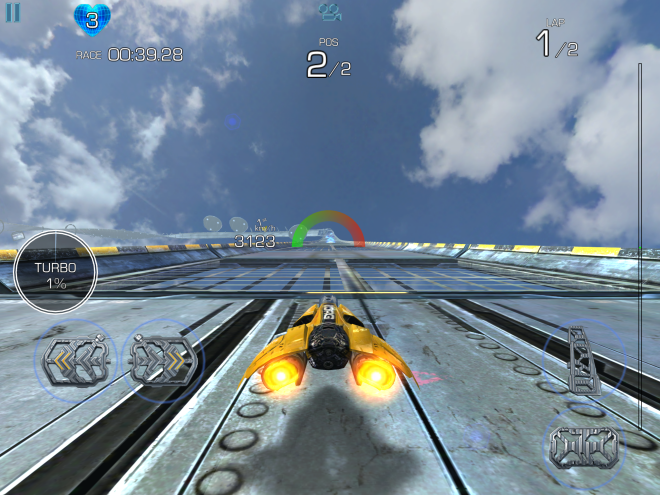 This futuristic racing game features a pretty big map, shaped like a beehive. There are 3 ships available here, each one with a special ability, like turbo or an electrical field that affects other ships around. You can upgrade each ship’s engine, controls, turbine and more, spending the currency you get after each race you win. You can change the ships’ colors and you get 3 lives in each race.

If you fall off the track one life is lost. Keep in mind there’s no attacks to collect here, like in Wipeout, but you do get boost pads. Weapons are only available as special attacks triggered by one or two of the ships. The background music pertains to the electronic genre, but it’s rather generic, if you ask me. The lack of weapons is a problem here and the tracks without borders are also problematic, although I’ve seen much more complicated designs in Wipeout. 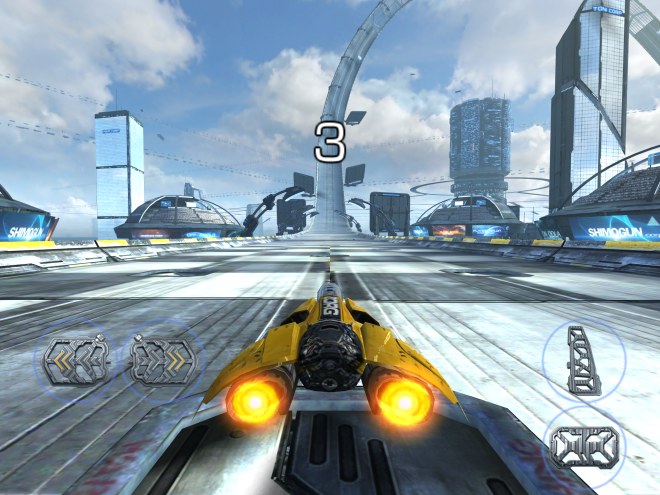 Races are divided into time trials, cups, elimination races, single races and speed records, as well as duels. You can tilt or touch to control the ship and I found the tracks to be a bit repetitive here, without too much variation. Graphics look great, the game is fun to play, but replayability is not the best in the world, since after about 10 or 15 races, you’ve pretty much exhausted the bulk of the game’s experience.