It would be nice if our phones knew to read our text messages aloud when we’re busy driving, or to silence themselves when we’re sleeping, but all too often that kind of stuff doesn’t just work out of the box.

While apps like Google Now — apps that assist users proactively and are contextually aware — are one of the trendiest things in tech, they’re usually entirely too complicated, or only helpful in theory. 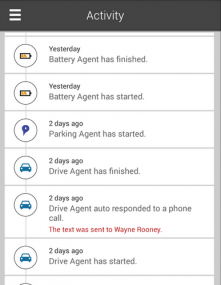 Agent, a new app from Tagstand, aims to be a smart personal assistant that actually helps get things done without requiring tech know-how, extensive configuration, or the powers of imagination to dream up what your phone could automate for you.

Agent costs $1.99, and it’s only available for Android. Compared to alternatives like IFTTT for iOS and Tasker for Android, it is built to have more mainstream appeal.

“What we’re doing is quite complicated and requires a lot of calibration,” said Tagstand co-founder Kulveer Taggar. “But we want you to install it and then not have to think about it.”

Some of Agent’s nifty tricks include:

To be clear, I haven’t tested this app for any significant period of time, so I don’t know what its always-on impact would be on battery life. Agent users will also have to give up significant amounts of personal information, like their location and calendar, to get the app to work. However, Taggar said the app saves most data locally, rather than on its own servers (in fact, the service doesn’t yet have user accounts). 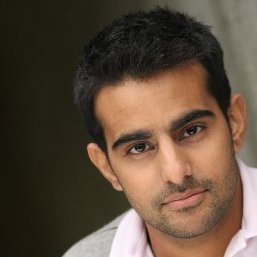 Also, it’s not clear how well Agent will react when it doesn’t get things right. For instance, when I take public transportation, I might go more than 25 miles per hour — but at the end of the trip I won’t need to know where I’m parked. Or maybe I do want to be interrupted while I’m in certain meetings.

Taggar said his team will be carefully monitoring patterns in when and where people change settings, so it can make better assumptions going forward.

What are the chances for a little startup app to become a key phone utility? Slim. The new Moto X has many of these features, and the more useful ones are increasingly being added by handset and mobile platform makers. It’s stupid how long phones have gone without addressing and alleviating their contribution to distracted driving, but that’s finally happening.

Competition from the big guys is scary, Taggar admitted, but he said he likes his chances as an independent app that works across all Android phones — especially when built-in software from players like Samsung can be so shoddy.

Tagstand hasn’t built Agent for iOS yet, in part because Apple doesn’t give outside developers access to many key features. Plus, it only has a team of five people, Taggar said.

Based in San Francisco, Tagstand had emerged from the Y Combinator program two years ago as a startup that wanted to help automate the real world by selling NFC tags, labels, and stickers. Needless to say, that didn’t have mainstream appeal.

Since then, it built an Android Task Launcher app that’s now meant to be the more hard-core, configurable version of Agent. That app has 200,000 monthly users, according to Taggar.

Tagstand has raised about $1.6 million in angel funding across two rounds, from investors including NextGen founder Atiq Raza.