The BMW 5 Series Sedan was one of the first cars to include wireless CarPlay support, allowing iPhones to integrate with the BMW iDrive ecosystem over Bluetooth instead of a Lightning cable. In-car phone wireless charging is also standard in the 6 and 7 series and available as an option on the rest of the range. 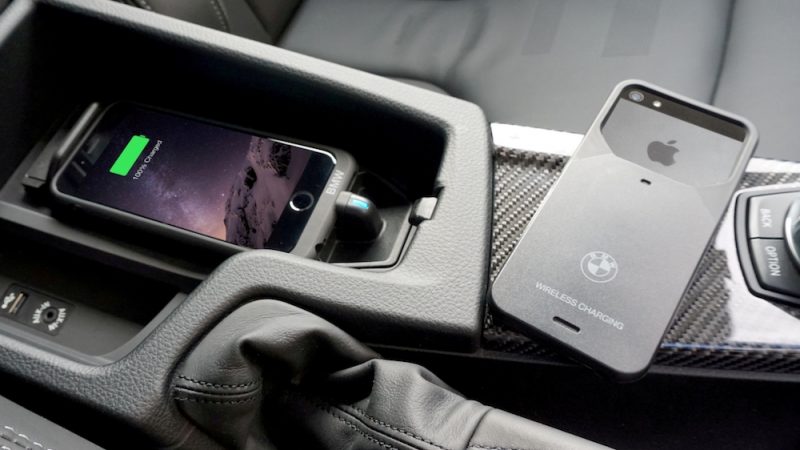 Integrating the smartphone into the vehicle's system allows the iPhone to be operated directly via the screen in the car, the iDrive Touch Controller, voice commands or gestures, avoiding potential distractions whilst at the wheel.

Given that heavy usage of apps, navigation and music can drain a battery at the end of a drive, the addition of wireless charging solves this issue by keeping the device fully powered while in operation.

With Apple yet to launch a smartphone with the wireless charging function integrated into its hardware, the German carmaker worked with Aircharge to design the case to add on the capabilities and bring the convenience of wireless charging to BMW owners.

The case features a hard shell to protect the phone and a tactile finish, along with a total black look, and has engraved the BMW Group’s branding on the front and back.

All Aircharge case models carry the official 'Made for iPhone' MFi certification by Apple and are also certified to the global wireless charging standard Qi. The Aircharge case is currently available for iPhone 6, 6s, 6 Plus, 6s Plus, 5, 5s and SE models and can be purchased through BMW's online retail stores as well as high street shops.