A new set of images of the upcoming Huawei Mate 20 Pro have been shared on the Chinese social networking website Weibo. The two photos show a person sitting in a public transit while holding the alleged Huawei flagship smartphone. These two photos don’t bring anything new to the table, but they do reiterate the information shared in previous leaks. In one of the photos, the front side of the Mate 20 Pro can be seen with curved edges; a detail that was revealed a few days back when the phone’s front panel had leaked. The Pro model is also rumored to include a significantly large display notch that will house an advanced system to enable Face ID-like 3D facial recognition. Given the subpar clarity of the included photo, any detail of this sort couldn’t be verified through this leak.

Coming to the second image that gives a better look at the smartphone’s back, a square-shaped camera housing can be seen placed in the center. It accommodates a triple-camera system, previously seen on the Huawei P20 Pro Android flagship, along with an LED flash. This particular device unit has a blue back, which is one of the rumored colors for the Mate 20 Pro. The handset appears to have a glass back that has been smudged with fingerprints in this case. Notably, no fingerprint scanner can be found on the phone’s back, which is in line with the earlier leaks that suggested the presence of a 3D facial recognition system. There is still no confirmation if the new system will be accompanied by an in-display fingerprint reader or not.

Huawei has already confirmed to unveil the Mate 20 Pro and the Mate 20 on October 16 at a dedicated event in London. Both the handsets will likely come equipped with the latest Kirin 980 chipset based on the 7nm process, which will be a first for the Android ecosystem. The triple-camera setup used on the Mate 20 series will be borrowed from the Huawei P20 Pro with a handful of hardware and software improvements implemented to further refine the image quality. Other rumored key specifications of the handset include a 6.9-inch QHD+ curved OLED display with minimal surrounding bezels along with up to 8GB of RAM and 256GB of storage. The Mate 20, on the other hand, may get a smaller 6.3-inch FHD+ display with a ‘waterdrop’ notch besides a rear-placed fingerprint sensor. 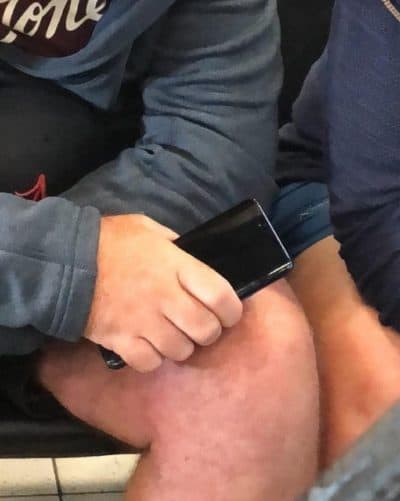 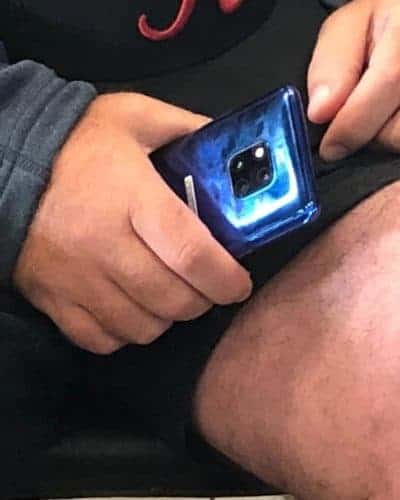