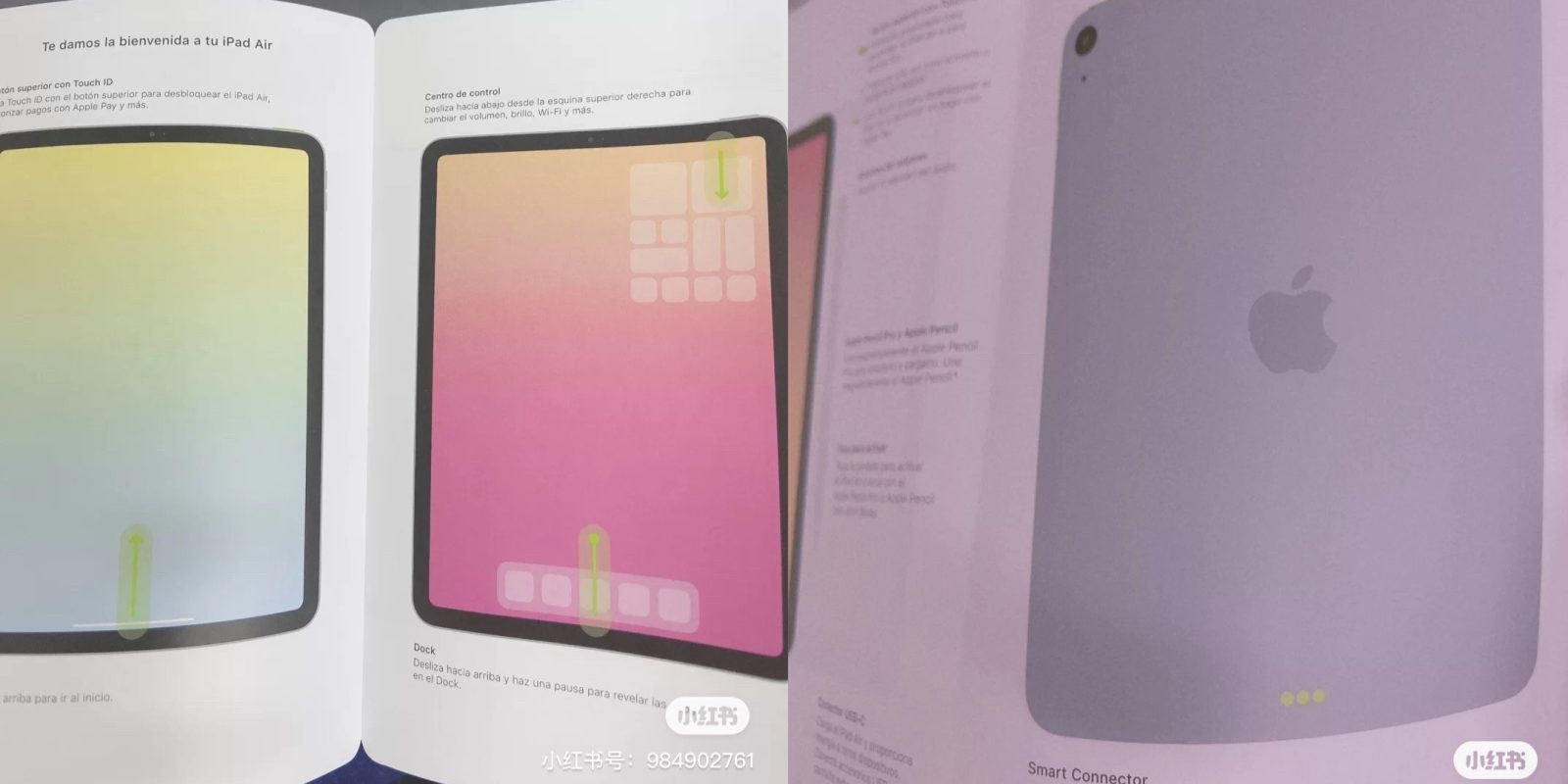 Earlier this year, leaker @l0vetodream reported that Apple was developing a new iPad Air model featuring a full-screen design and a Touch ID power button. Ming-Chi Kuo has predicted a new 10.8-inch iPad is coming in the fall.

Today, @DuanRui shared images of what appears to be the instructions pamphlet for the as-yet-unreleased iPad Air 4, written in Spanish. It shows a drawing of a dramatically different iPad Air, that resembles the iPad Pro series with its thin bezel full-screen face. The pamphlet also mentions that the new iPad Air would use USB-C instead of Lightning, again like its iPad Pro siblings.