Amazon today updated its Alexa app for iOS to add a promised voice control feature that's designed to allow iOS users to tap the Alexa button and use voice commands to ask Alexa to play music, answer questions, check the weather, and more.

As noted by TechCrunch, Amazon introduced voice control to its Alexa app for Android back in January, and at the time, said the feature would be expanded to iOS devices "soon." 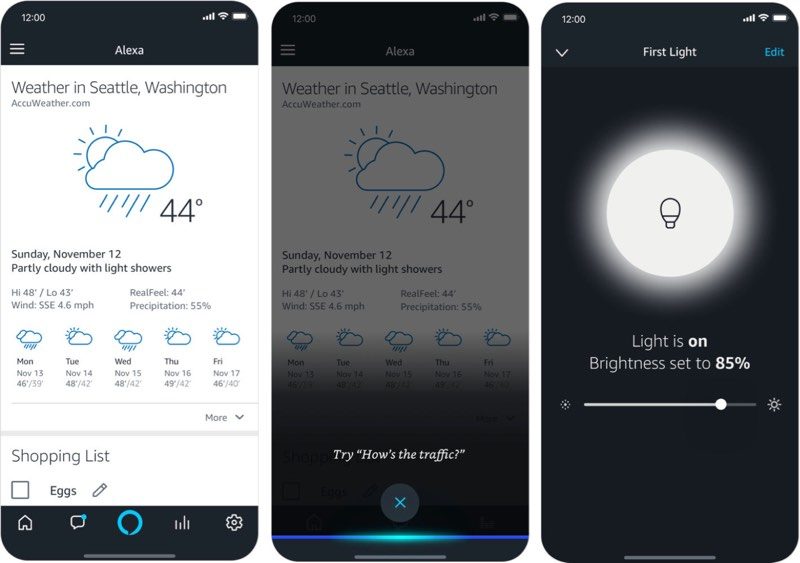 Soon turned out to mean six months, but starting today, iOS users can speak with Alexa in the Alexa iOS app and ask standard Alexa questions. There is no native functionality, so pushing an in-app button to activate Alexa is required rather than just saying the "Alexa" trigger phrase.

The new voice control feature will be rolled out to all iOS users "in the coming days."

The Amazon Alexa app can be downloaded from the iOS App Store for free. [Direct Link]