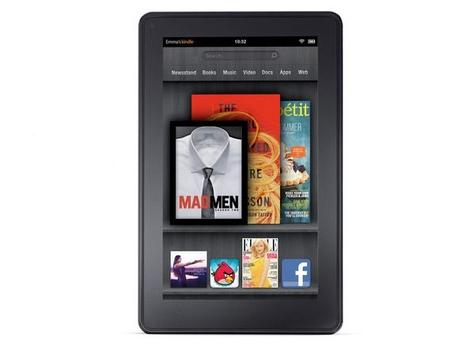 The Amazon Kindle Fire racked up an impressive six million sales over the festive season, according to one industry analyst.

The budget Android tablet only went on sale on November 15th, but managed to hit the six million mark by the end of 2011, says Jordan Rohan of investment bank Stifel Niclaus.

Rohan's estimate has been upgraded from his previous guess of five million and if true would almost double the iPad's first quarter sales of 3.2m in just six weeks.

The unofficial figures won't worry Apple too much as it just announced record iPad sales of 15.4 million for the last quarter.

Not cutting in on the iPad

The comparison suggests two things: Firstly, that Kindle Fire sales are not cutting in on iPad sales, but bringing new people into the tablet arena at a lower price point.

Secondly, that the public is infinitely more engaged with the need to own a tablet compared with two years ago when the first iPad launched.

Six million sales would put the Amazon Kindle Fire way out in front of the chasing pack of Android tablets, largely thanks to it's friendly price-point which comes it at almost half of the price of the leading contenders.