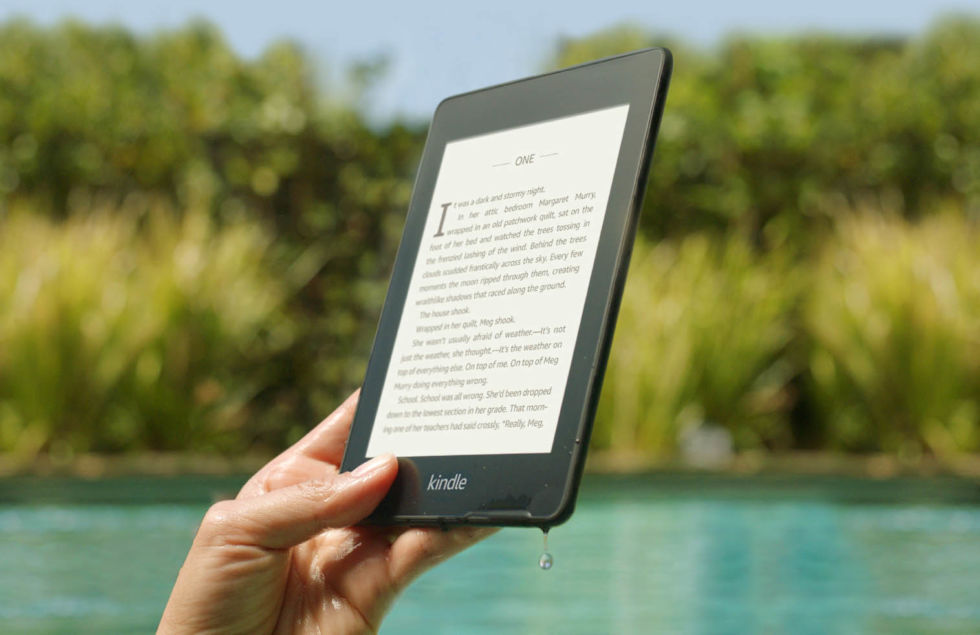 Amazon updated its best-value Kindle with some of the coveted features found in its high-end, $249 Kindle Oasis. The new Kindle Paperwhite announced today has a thinner, lighter design that's now waterproof, making it the first Kindle other than the Oasis to have an IPX8 rating.

Amazon last updated the Kindle Paperwhite in 2015, giving it a better screen without raising its price. Now, the newest Paperwhite appears to be a mix of the old model and the now-defunct Kindle Voyage (the latter disappeared from Amazon's site about a month ago). It has a 6-inch, 300ppi touch display with five backlighting LEDs, and the new screen is now flush with the black bezels around it. It's still a black slab, but now it's just 8.18mm thick and weighs just 6.4 ounces.