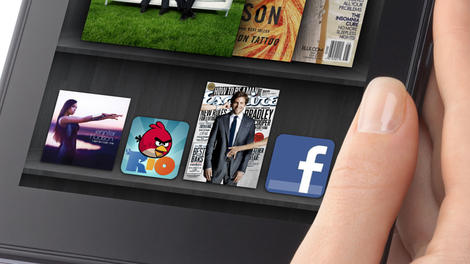 The Amazon Kindle Fire tablet may be cut to just $150 (£100) as the company looks to boost the line-up with new models, according to reports.

Digitimes reports that the online giant plans to knock $50 (£30) off the base price in order to facilitate a new 7-incher later this year and 8.9-inch and 10.1-inch models, perhaps in early 2013.

According to the article, which cites supply chain sources, the new 7-inch iteration will boast a better screen (1200 x 800 resolution) and 'a more competent computing platform,' with a price point of $199.

A lower-priced Kindle Fire would put further pressure on rival Android tablet manufacturers to offer their own wares at a cheaper rates.

Amazon has dominated the lower-end tablet market with hugely impressive Kindle Fire sales since its launch in November 2011.

The etailer, unlike rivals Samsung, Motorola and LG, can afford to take losses on the hardware as makes back more than its share in ebooks, app sales and Amazon Prime subscriptions.