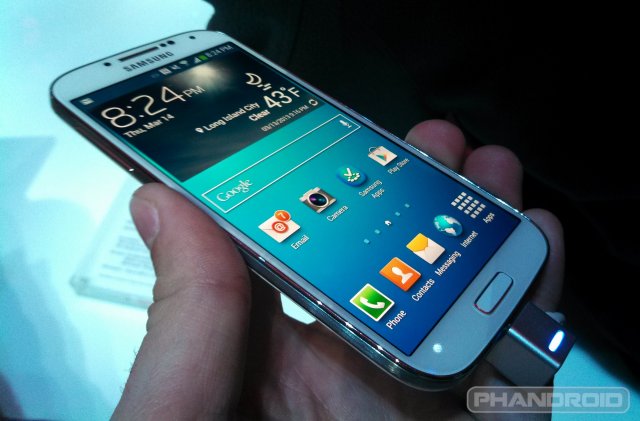 According to estimates put forth by analysis firm Nomura, Samsung’s recently announced Galaxy S4 might be just the thing the company needs to finally propel it past Apple to become the world’s top vendor of high-end smartphones. Samsung has held the claim of top mobile manufacturer globally for several quarters, but the Korean company has fallen short in one key area: while Samsung has moved tens of millions of Galaxy S and Galaxy Note handhelds, Apple’s iPhone continues to outsell those devices.

Nomura projects that Samsung could move between 35 million and 40 million Galaxy S4 and Note 2 handsets combined, finally pushing ahead of Apple’s iPhone sales figures in 2013. The company notes, however, that the GS4 is more “evolutionary” than “revolutionary,” a sentiment echoed by many. Still, the firm sees the upgrades over last year’s model as enough to entice plenty of users around the globe.

The rise in market dominance means Apple and Samsung will have to compete on more than just features, which Nomura analysts believe could trigger a pricing war that would work in the favor of the consumer as the two powerhouse companies attempt to undercut the competition.