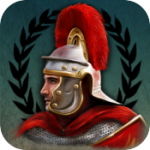 If you’re into turn-based strategy games, or more specifically hex-battlefield games like Civil War 1863 [$1.99 / Free], you may have heard of Hunted Cow Studios. The studio has steadily carved out a niche in the hex-strategy genre over the past few years. Ancient Battle: Rome [$3.99] is the company’s latest iOS adventure. It’s chock full of historical tidbits, challenging maps, horses and even a few elephants. That’s right, you get to fight with horses and elephants. Are you excited yet?

Some proclaim that hex-strategy games offer more freedom than your typical square-tiled combat, but it’s really a matter of perspective and execution. Sure, I can move my troops in six directions instead of four. However, it always feels like I’m wasting extra moves, when I could just as well move straight ahead.

Ancient Battle: Rome is basically a fight between the Romans and everyone else. The great thing is, you don’t have to play as one of Rome’s minions. If you watched Spartacus, you’ll want to play the anti-Rome side. The game comes with two campaign maps, Gallia and Italia, each of which has 8 battles that you can play from either side. There are also two additional maps, Britannia and Germania, which you can buy for $.99 each. 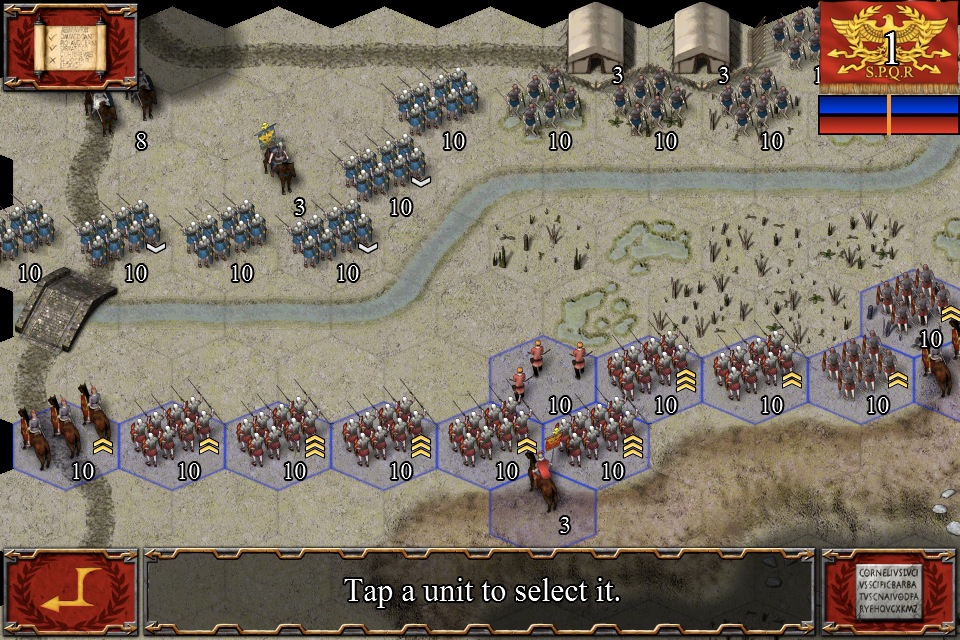 Regardless of your allegiance, your units generally consist of the standard variety of historical troops, such as: archers, infantry, catapults, and cavalry. Each troop class has a light, medium or heavy designation, which basically lets you know if they are weaklings that can move many spaces or heavy hitters that can’t move more than a single space at a time.

After you’re given your mission objectives, you’ll get to see how downright cluttered the maps in this game are. The hex-field on your iPhone is so jammed in that there is always difficulty in selecting the right unit. Plus, several units just look like red and grey or green and grey blurs. Thankfully, there are horses to offer some differentiation. It would be nice if you could zoom in and see a magnified view of your troops, but alas that’s not an option. 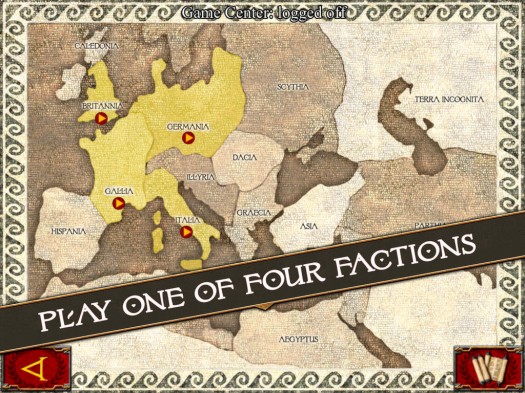 Since it’s difficult to tell which type of infantry or cavalry unit you’re selecting from the graphics, you can always check the text at the bottom of the screen to see what kind of troop you just selected. Players can use buildings and bushes for various modifiers in attacking and defending, but the terrain looks just as mushy and muddled as the troops. This is just not a pretty game to look at.

The combat, however, will keep you engrossed in the two single-player campaign maps. Typically, you have one to four mission objectives. Sometimes you’re playing a game of control points, deathmatch, or survival. Then there’s the combination of multiple objectives. These can be especially tough. You might control both flags, but lasting twenty turns may prove difficult. Occasionally, reinforcements will show up, but they’re usually halfway across the map. So, you’ll have to survive until they can make their way over, while making sure that you don’t lose fifty percent of your army. Trust me, it gets rough, especially in battles five through eight in each of the campaign maps. The maps are worth playing again from the opposing side. You really feel like you’re playing an entirely different battle scenario. Your side may not have reinforcements that come rushing in at the last moment. Also, stepping up the difficulty really offers a significant challenge.

Each troop has a number weight from one to ten, based on the strength of that type of unit. The number goes down when the unit is damaged. Unfortunately, you can’t merge like troops. In strategy games like this, you hope to merge two weakened groups of soldiers or cavalry so that you can have a stronger unit. Once a unit is down to a one, they’re pretty much fodder. These troops are only effective in suicide attacks against a similar unit on the other team. The only troop that can join with other troops is the General, or bannerman, who gives the squad an extra modifier in battle.

The hex field does encourage gamers to use flank attacks. You do have horses after all so flanking is kind of the thing to do. Surround opponents with foot soldiers, cavalry and spearman and you might just be sitting pretty if you didn’t accidentally send all your light troops up against a few heavies.

Ancient Battle: Rome may look ugly, but the combat is solid. There’s tons of replay value in playing with the opposing side in these Roman battles. I can’t say that this game is especially unique or innovative in the turn-based genre - because it’s not. This is just another hex-strategy game set atop the Roman landscape. So if you want to get your horse and catapult on – go for it.