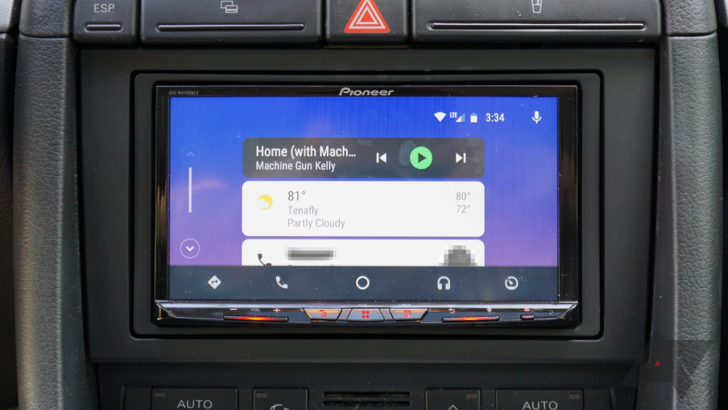 Android Auto hasn't been playing nice with Android 9 Pie. There have been reports left and right of numerous bugs: missing text notifications, a disruptive buzzing sound in calls, and frequent crashes. Fortunately, the Android Auto team is aware of these issues, and reports that it's fixed at least one — Android Auto version 3.5 should solve the crashing problem.

Previously, running Google Maps or Waze on a phone updated to Android 9 Pie with an Android Auto head unit resulted in the in-car display going black or Android Auto crashing and restarting entirely. The Auto team says that the issue has been sussed out in version 3.5. The remaining issues — buzzing in calls and inconsistent notifications — aren't confirmed to have been fixed in the new release, but the team has acknowledged them.

Android Auto v3.5 is rolling out now. If you're not seeing the update from the Play Store just yet, you can grab it from APK Mirror.