Android Messages web interface is starting to roll out, but the app needs an update 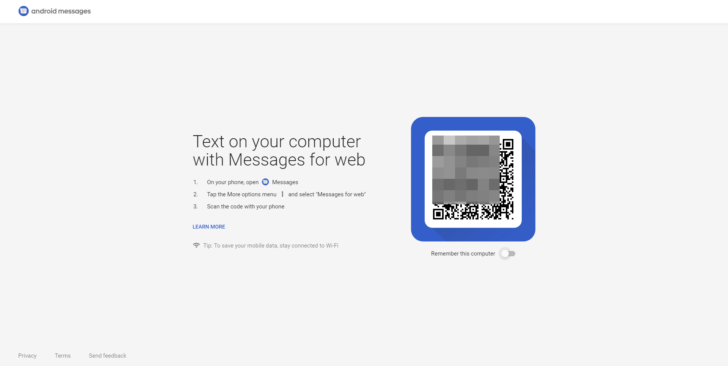 The web component of Android Messages will allow you to view and send text messages in the Messages app from your computer. You have to associate the web interface with your app using a QR code on the page. When this feature is live, the app will include an option to scan that code. Currently, that option is missing.

Google's help page for the Messages web interface has also gone live. It doesn't provide any insight into how you might get the feature working, though. The page says to use the latest version of the app, but the latest version doesn't let you scan the QR code. Presumably, Google will either roll out a Play Store update or flip a server-side switch that turns on the feature.