The Journal of Angela Ashby 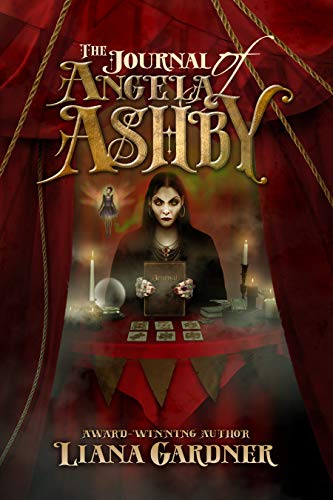 I have great power.
That’s what she told me. The old fortune-teller at the school carnival.
I thought I was doing the right thing … with the magic journal she gave me. But nothing could prepare me for what happened next.
Or, for what I unleashed.

At a school carnival, a mysterious fortune-teller gives twelve-year-old Angela Ashby a journal and warns her to use it wisely. Nothing prepares Angela for the journal’s power—when she pours her heart onto its pages her desires come true.

She tests the journal by conjuring a gnome, a unicorn, and a farting fairy and then uses it to stop the school bullies in their tracks. But the unintended consequences alienate her best friend and puts her favorite teacher in danger of losing her job.

After she shares her deepest desire of all—that her parents get back together—her adversary steals the journal, and Angela fears she will use it to bring mayhem to the entire school if she doesn’t get it back.

“Gardner has created a likable character in Angela, who faces off with the class bully in defense of herself and her best friend. Alternately full of sass and seriousness, Angela quickly learns that writing in her new journal may lead to some unintended consequences, some hilarious and some grave. An enjoyable tween romp about the familiar world of bullies mixed with a bit of magic, this one would be great for a class read or group discussion.” ~ Seattle Book Review