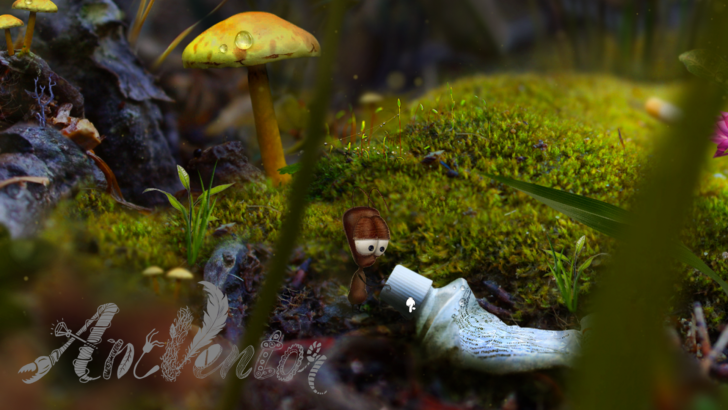 Android games for the Shield TV aren't released very often at this point, so when something that looks as impressive as AntVentor crosses my path, I just have to take a look. Now that I've spent some time with it, it's clear that this photorealistic point and click adventure game is worth the asking price, and this is only the first chapter out of three planned episodes. So there's plenty more to come.

Okay, I know it may be a bit of a bummer to hear that this is a Shield TV only game, but don't fret too hard as there is a second release coming up on September 20th that will cover smartphone and tablet users. Now, I'm not a fan of having separate listings for the same game, but there is no arguing the Shield TV packs an actively cooled GPU that allows for much higher graphical fidelity than most passively cooled phones can muster. I would also like to mention that this is a short game. It can be beaten in under an hour and a half. So it's up to you whether or not the $4.99 asking price is worth it.

Now on to what makes this game so good. First off, the photorealistic graphics are phenomenal. Imagine Machinarium or Botanicula, but instead of cartoony graphics, everything looks surprisingly realistic, even on a 70-inch screen. Secondly, the gameplay works very well with the Shield controller. You can move the mouse cursor with the left analog stick, and the face buttons are for interacting, combining objects, and asking for clues. These clues don't cost you anything, and they are always available if you should ever need them, which is what makes the gameplay so accessible.

Like most point and click adventure games, you'll have to figure out how to progress the story by completing puzzles. These puzzles range in difficulty, but you always have the hint system to fall back on. The story of a small ant with big dreams is nothing to write home about, but at least there are plenty of humorous moments sprinkled throughout that make the short journey worth it. Oh, and even though this is an episodic game, each release will stand on its own, so you won't have to worry about in-app purchases of any sort. What you see is what you get.

If you are a big point and click adventure fan and have been looking for something to scratch that itch on your Shield TV, AntVentor is an excellent choice. The graphics are fantastic, the puzzle-filled gameplay is challenging while also remaining accessible, and the $4.99 price point isn't all that bad either. Sure, the game is kind of short when compared to similar titles, but how often do we see new Shield TV releases that even are worth looking at? In my opinion, AntVentor shouldn't be missed.