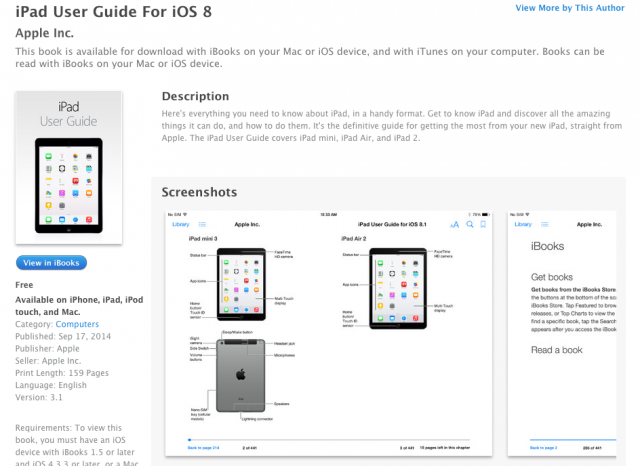 Well, there's that much less mystery about Apple's event tomorrow. An iBooks listing for an iPad user guide included some preview of both an "iPad Mini 3" and an "iPad Air 2," and given that the source is Apple itself, it seems safe to assume that these are the tablets Apple will announce.

The main addition revealed by this rare official leak is the presence of a TouchID fingerprint sensor on both models. As expected, neither tablet body appears to have changed much; this is going to be more of an internal refresh than an external one. 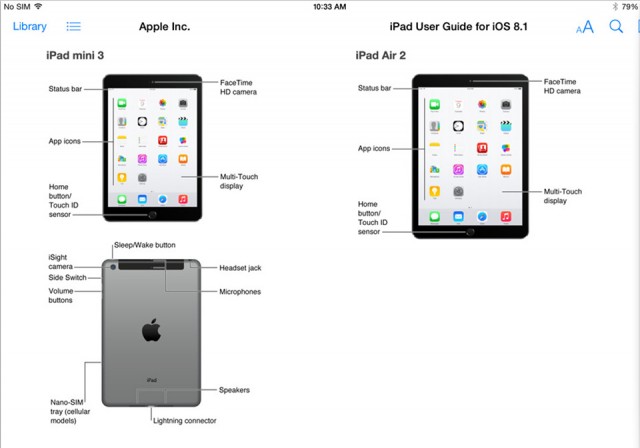 A close-up of the screenshot in question. Note the TouchID button.
Apple via 9to5Mac

Other rumors indicate that the new iPads could come with 2GB of RAM and a more powerful Apple A8X chip. The tablets will also supposedly come in gold and may have LCD screens that are fused with the front glass to eliminate the air gap that exists in current models. We'll be liveblogging Apple's event tomorrow morning to get all the details.