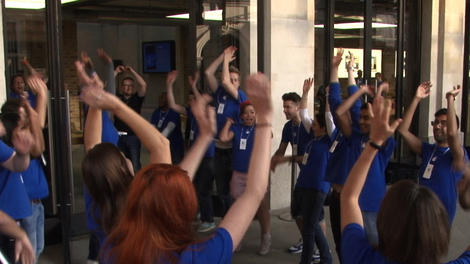 Employee discounts have long been a nice perk for being a worker bee, but new discounts just launched by Apple slash up to $500 off the company's Mac products.

Apple's new Employee Purchase Plan+ was first announced at a company-wide meeting in January, but the discounts finally kicked in on Wednesday.

Apple previously offered employees beyond their probationary period a 25 percent discount on Mac or iPad products once every three years.

With the new Employee Purchase Plan+, employees purchasing eligible Macs can shave an additional $500, or up to $250 off an iPad.

Of course, there's always a catch: The cheaper Mac mini is not eligible, nor is the company's latest hard to come by MacBook Pro 2012.

Reports have also circulated that Apple is now paying retail workers "larger than usual" raises, and the bonuses appear to be an effort to retain employees as the company's fortune continues to skyrocket.

Where would an Apple employee want to go instead?

Microsoft reportedly offered "perks, signing bonuses and promotion opportunities" to retail store workers recently in an attempt to lure them over to the dark side.