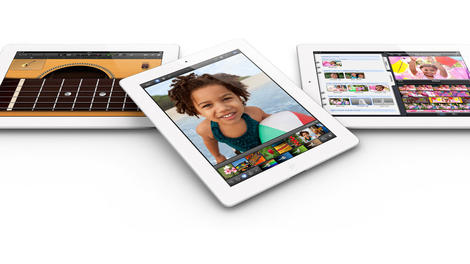 Speculation that Apple plans to launch an iPad Mini have gained a little more credence with the Wall Street Journal and Bloomberg reporting the device is coming this year.

Bloomberg has received word from unnamed sources that a device with a screen size of '7 to 8 inches diagonally' will arrive before 2012 reaches its close.

The device would seek to limit the impact of the newly-announced Google Nexus 7 tablet and Microsoft Surface rivals as well as the best-selling Amazon Kindle Fire device.

However, according to Bloomberg's sources, the iPad Mini will not arrive packing the Retina Display featured on the new iPad 3.

Meanwhile the Wall Street Journal reports that Apple's Asian supply chain is gearing up for the mass production of a smaller iPad.

The WSJ says 'people familiar with the matter' have confirmed that the device will go into production in September and that Apple is working with LG, among others, on the display tech.

Speculation that Apple will launch a smaller iteration of its dominant tablet has been rife for a couple of years now.

If it finally does decide to offer a smaller and undoubtedly cheaper tablet, it could spell doom for the Android and Windows 8 tablets seeking to cut into its market share.