As usual @OnLeaks and mysmartprice are on the case, when it comes to devices that have yet to be launched. This time it’s the Apple iPad Pro 12.9 (2018) we’re talking about and the sources have managed to somehow score some legit renders via CAD files and even a video was created. We have info about the device’s traits and size below.

Apple already has an event confirmed for September 12th, where they’ll unveil the 3 new iPhones and the 12.9 inch iPad Pro, as well as a smaller iPad Pro, possibly a 10.5 inch or 11 inch one. Sources claim that the designs and some minor details may change, so these renders aren’t 100% guaranteed to be accurate. For starters, the iPad Pro 12.9 (2018) looks quite a bit different compared to the predecessor. 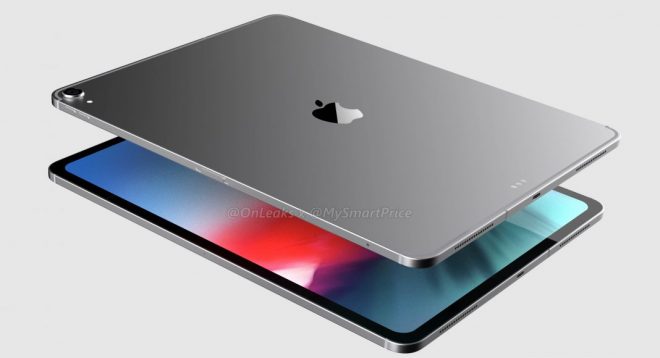 There’s no Home button and the bezels are narrower, even though not as narrow as one would expect. We don’t see any notch here, although we should get some sort of Face ID integration. The body is still all meta and the main camera protrudes a bit and also shocks because it has an LED flash. According to the source, the device lacks a 3.5 mm audio jack, but it has 4 speaker grilles at each corner, in order to deliver kickass acoustics. 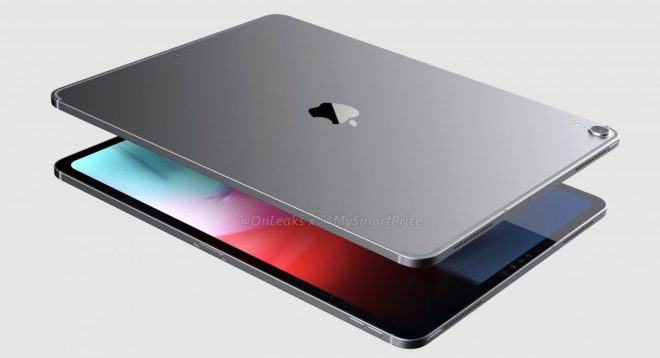 The dimensions for the product have been revealed: 280.6 x 215 x 5.85 mm, with the waistline going to 7.77 mm if you also include the rear camera bump. The integration of the Smart Connector on the center back of the device is a decision made because the Face ID thing wasn’t working properly in landscape, so a portrait orientation was a bit forced here. When you’re mounting the tablet on the Smart Keyboard cover you will be forced to go with a vertical orientation. 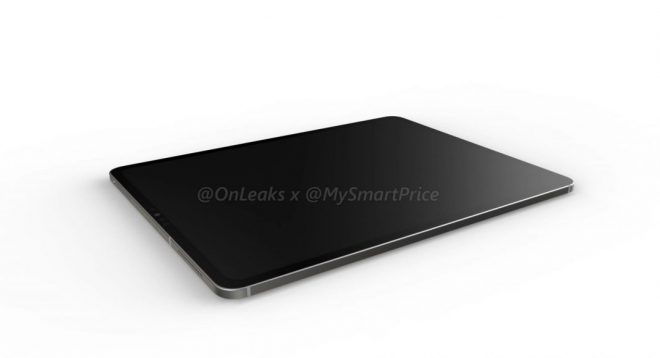 The device is rumored to have an Apple A12X CPU, with 7 nm technology, 4 GB of RAM and up to 512 GB of storage. There’s also Face ID as the singular biometrics authentication method. We’ll find out more on September 12th, when Apple unveils this thing. 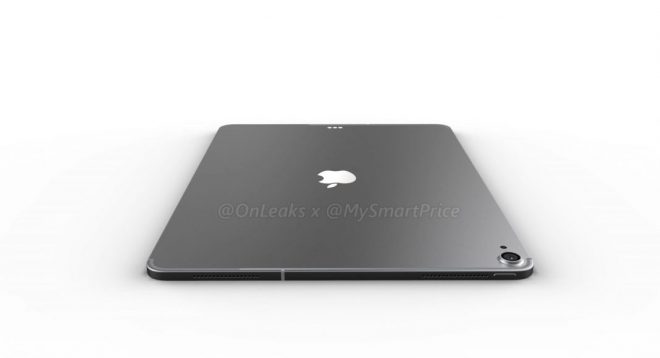 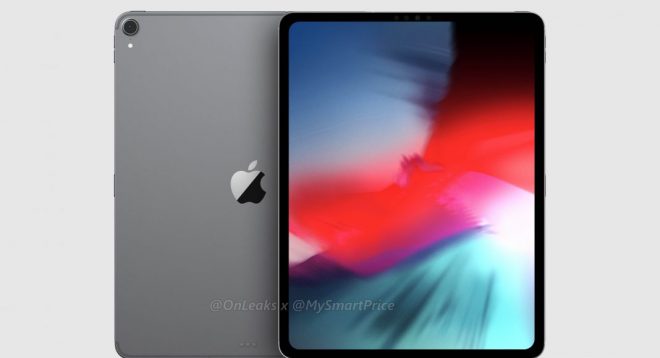