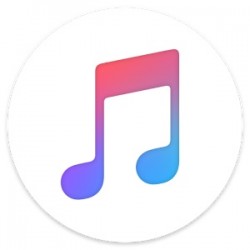 Following the release of iOS 12, which brought a few new Apple Music features, Apple has updated its Apple Music app for Android to introduce feature parity.

Today's update brings support for searching by lyrics, an iOS 12 feature that's designed to let you locate songs and artists using song lyrics rather than a song name.

To use the feature, all you need to do is type in a sentence from the lyrics of a particular song and Apple Music will try to find it. This doesn't work with all songs, but it does work with those that offer lyrics in the Apple Music app.

Apple Music for Android is also gaining the new Artist Pages that were introduced in iOS 12, allowing an artist's music to be played with a single tap, and there's support for the Friends Mix.

Friends Mix is a playlist of songs gathered from the people that you're following on Apple Music. Android users can also discover new music through the inclusion of a new Top 100 list that offers up the daily top 100 songs from countries around the world.

After installing the 2.6.0 update, Android users will also be able to use Apple Music with Android Auto for the first time thanks to new Android Auto support.

Android users can download the Apple Music app from the Google Play store.