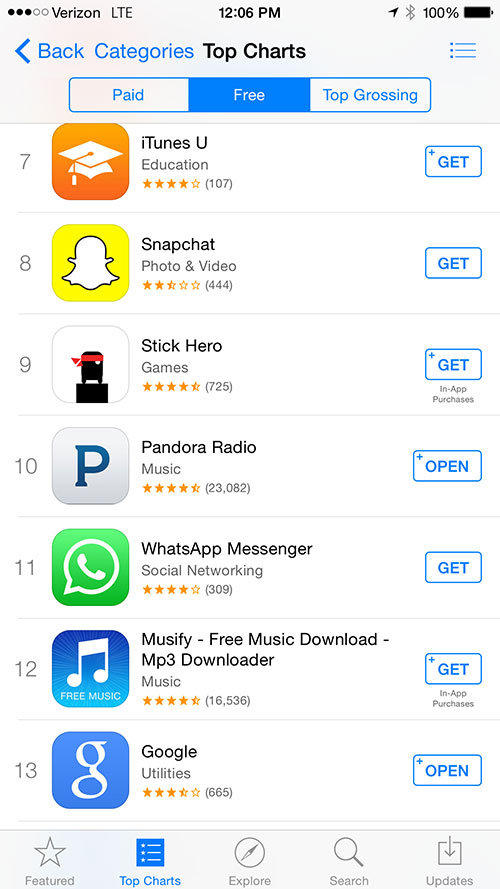 Apple has just made a substantial change to how free apps are labeled in the App Store. Instead of the usual Free button, customers are now greeted with a Get icon for those titles.

The new wording is already appearing on iOS devices, and will probably be updated soon on the desktop version.All paid apps are still listed with their cost. 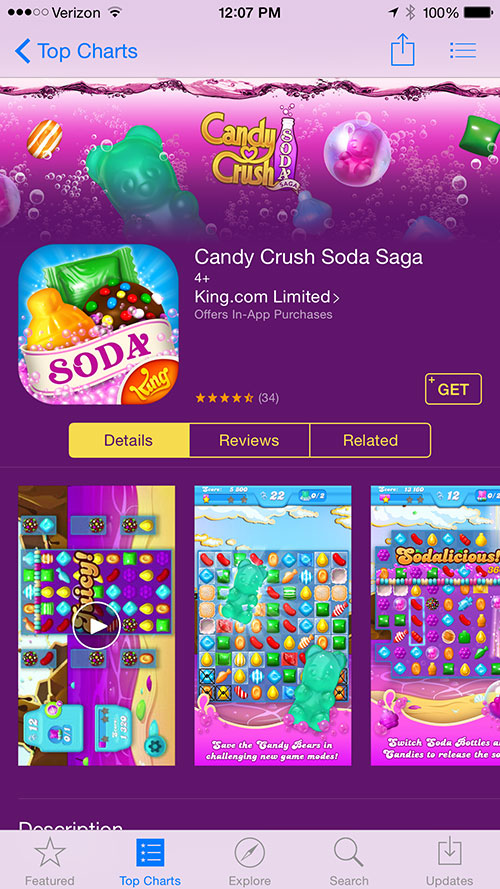 The new Get label.

Its unknown why Apple made the wording change, but it more than likely has to do with sometime controversial in-app purchases.

Back in 2013, Apple settled a class-action lawsuit regarding IAPs. The settlement covered more than 23 million iTunes account holders. Each person who responded, Apple offered a $5 iTunes Store credit to each users who claimed that a minor made an in-app purchases without their permission.

Along with adding a label to apps that offer IAPs, Apple began to warn users about in-app purchases starting with iOS 7.1.

For other news today, see: An odd mix of photographs welcome customers to Apple’s holiday-themed online store, Apple receives a perfect score in the latest Corporate Equality Index survey, and Twitter now lets you search for any tweet ever tweeted in the history of Twitter.

Apple is now labeling ‘Free’ apps in the App Store with a new ‘Get’ button is a story by AppAdvice.com
AppAdvice - iPhone, iPad, iPod, App Reviews + News
Get the latest tips & apps for your Smartphone