Apple to open 18th retail store in France, located in Lille, on Nov. 15 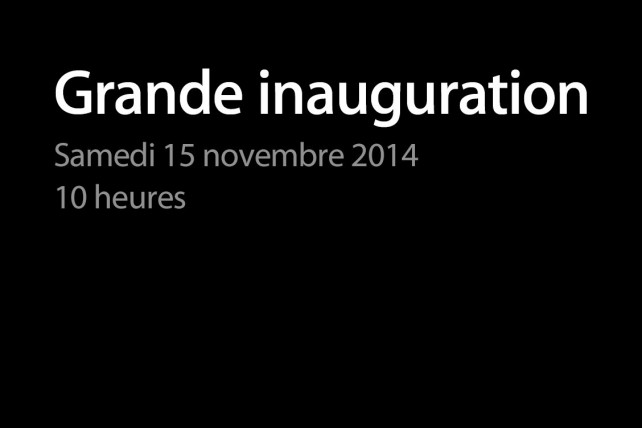 Last week, Apple put up its traditional black signage around its soon-to-open retail store in Lille, France. Now, the company has announced that its set to hold the stores grand opening on Saturday next week, Nov. 15.

As noted by MacRumors:

The store will be located on 1 Rue Faidherbe, which also hosts a number of other luxury retailers and outlets. The store itself will contain two levels and span 1400 square meters (15000 square feet) and wrap around the city block, offering a wide amount of space for both sales and services.

During its Q4 2014 financial results conference call, Apple said that it would open 25 new stores in 2015, most of which would be located outside the U.S. Additionally, Apple CEO Tim Cook said during his recent visit to China that the company would open 25 additional retail stores within the next two years in the country, which is Apples largest market.

See also: AppleCare for Enterprise is Apple’s new support service offered in partnership with IBM and Apple is now the top mobile brand in China.

Apple to open 18th retail store in France, located in Lille, on Nov. 15 is a story by AppAdvice.com
AppAdvice - iPhone, iPad, iPod, App Reviews + News
Get the latest tips & apps for your Smartphone