One day after releasing the first public version of iOS 10.3.2, Apple is at it again. The company has now released iOS 10.3.3 Beta 1 to developers. 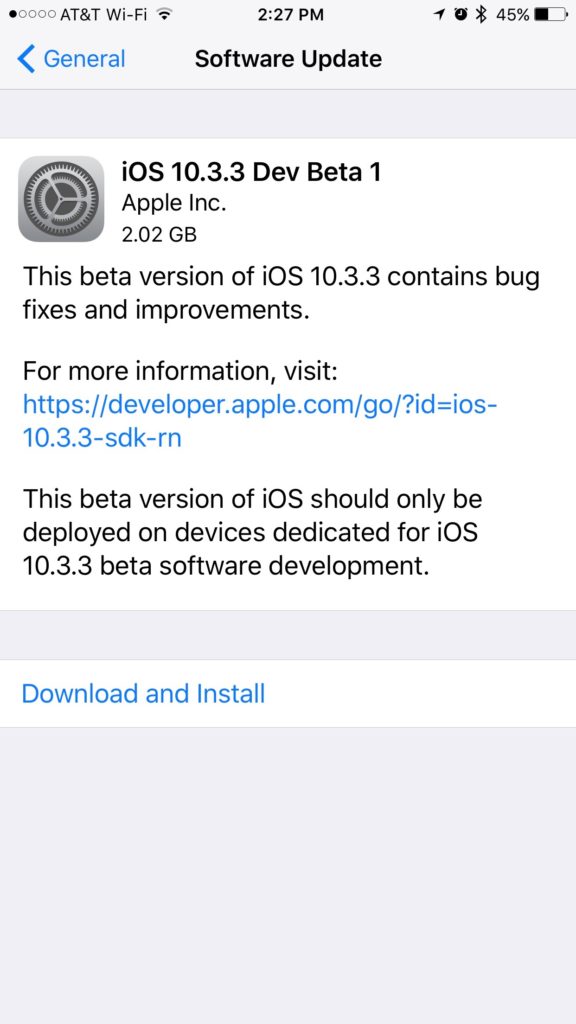 Apple’s iOS 10.3.3 Beta 1 is a minor update that includes bug fixes and security updates. Developers can download the update from Apple’s Developer Center or over-the-air via an iPhone or iPad.

On Monday, iOS 10.3.2 was launched alongside watchOS 3.2.2 and tvOS 10.2.1. The software versions don’t offer any new features but do contain behind-the-scenes improvements including bug fixes and security improvements.

Apple’s expected to announce iOS 11 on Monday, June 5 during the Worldwide Developers Conference (WWDC) keynote address. At that address, we could also see new versions of watchOS, tvOS, and macOS announced.

A public version of iOS 11 should arrive right around the time Apple announces the 2017 iPhone lineup.

Read A New iOS 11 Concept Imagines Complications, Widgets on the Home Screen
Read WWDC 2017: The Latest Apple iOS 11 News and Predictions
Read Will Your Apple Device Be Compatible With Apple's iOS 11?
Get the latest tips & apps for your Smartphone