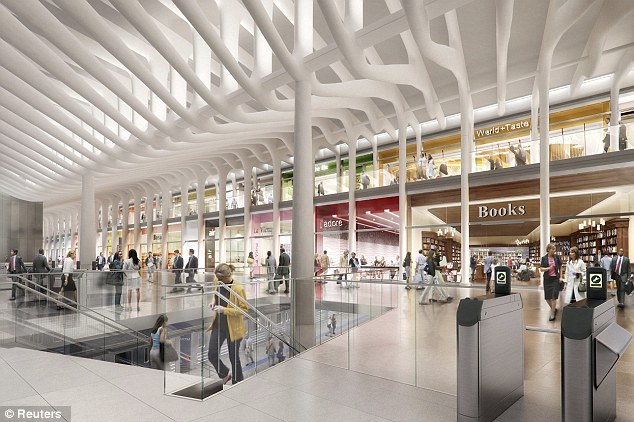 According to a recent report, Apple is indeed planning on opening an Apple Retail Store in New York City’s World Trade Center shopping mall next year, when the mall opens for business.

The news comes from The Real Deal (via 9to5mac), which explains that Apple has indeed signed a lease for a retail space inside the new shopping mall, but adds that the Cupertino, California company isn’t pleased with the overall design of the venue (pictured above).

Computer and iPhone giant Apple which is expected to take space in the project was frustrated by the giant ribs, or columns, that Calatrava included throughout the underground portion of the site. The arching structures are spaced roughly 11 feet apart along the front portion of each store, which has put off some retailers who want to use that space for signage, branding or product display, sources said.

Apple even sought a design variance, but was turned down, said one retail source, who asked not to be identified.

Another retail insider is quoted as saying: “Do you think [fashion designer] Karl Lagerfeld will be ok with playing second fiddle to an architect? It is all about clashing egos. Those brands [that object to the columns] are not going to open a flagship Downtown and have Santiago Calatravas ribs obstructing the view.”

Apple might not be pleased with the design of the World Trade Center shopping mall, but it’s nevertheless holding onto its lease and will launch its new Apple Retail Store when the mall opens next year.

The Real Deal has also included a map of the shopping mall which depicts Apple’s location alongside John Varvatos and Michael Kors. Space for 160 stores is apparently available in the World Trade Center shopping mall, and as 9to5mac adds, “offices, restaurants, and transportation hubs” will also feature in the venue. 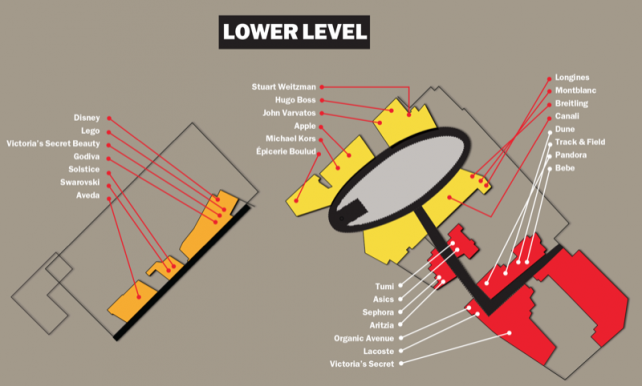 If the New York Post’s sources are right, the mall should open in summer 2015. We’ll keep you updated with further information as we receive it.

In the meantime, see: Modulo Is The Swiss Army Knife Of Portable Battery Packs For Your iOS Device, There Is Both Good And Bad News For Paid Social Network App.net, and See The World In Two Colors Once You Get Through The Challenging Puzzles Of Bicolor.

Apple Is Set To Open Its World Trade Center Apple Store In 2015 is a story by AppAdvice.com
AppAdvice - iPhone, iPad, iPod, App Reviews + News
Get the latest tips & apps for your Smartphone