Apple today updated its Apple Support app to version 1.1, adding several new features to enhance the app and make it easier for users to obtain support for their Apple products.

Starting today, the Apple Support app can be used to schedule repairs at participating Apple Authorized Service Providers, giving users more options beyond the Apple Genius Bar. Scheduling repairs through an authorized service provider has previously been available on the support website, but now it is also an option in the app. 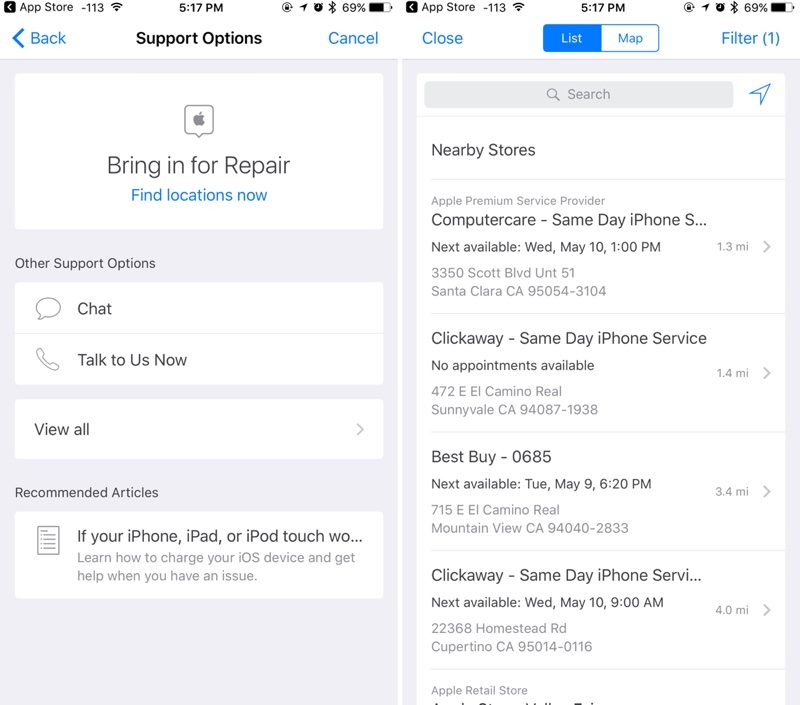 The Genius Bars in Apple's own retail stores can have wait times of several days, but Apple Authorized Service Providers are often able to help customers much sooner. New to the app is an option to filter AASP locations by mobile carrier to find relevant carrier stores that can provide repairs.

Apple Support is also gaining a simplified authentication process and support for iOS 10 rich notifications for chat, making it possible for users to reply to incoming Apple Support chat messages directly from the lock screen.

Apple Support first launched in the Netherlands in November of 2016, before expanding to the United States the following month. Since then, the app has expanded to many additional countries across the world.

The app, which is designed to give iPad and iPhone owners an easy way to get support for their devices, closely mimics the design of Apple's dedicated support website.

Apple Support can be downloaded from the App Store for free. [Direct Link]