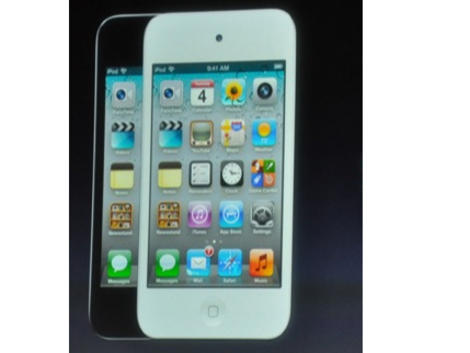 Apple has taken the wraps off a new iPod Touch, which will launch in both black and white.

It offers Retina Display, and will launch running iOS 5 which means you'll get a host of delicious new goodies to play with.

These include iCloud, Apple's Cloud storage/syncing system and iMessage for realtime chat among reams of other features.

The new iPod Touch also offers HD video playback, a gyroscope and FaceTime all cased in its ultra-thin design.

The new iPod Touch UK release date is set for October 12, and it will launch in 8GB, 32GB and 64GB iterations.