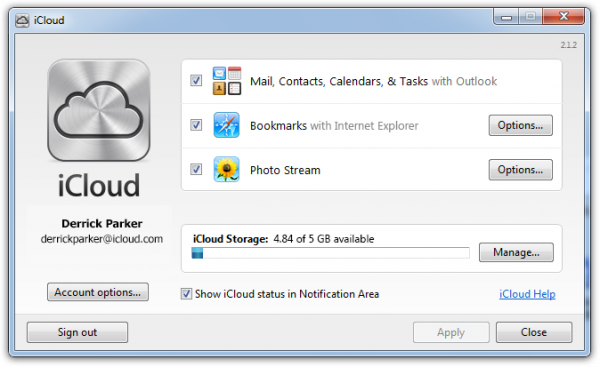 Yesterday, Apple refreshed the iCloud web interface with a new look and feel, bringing it close to the new iOS 7 in terms of overall design. The company however hasn't stopped there as it also released an update for the iCloud Control Panel for Windows, that introduces support for Chrome and Firefox bookmarks sync.

Chrome and Firefox join Internet Explorer as the supported browsers in iCloud Control Panel for Windows. The new feature allows users of the cloud-based service to sync bookmarks from the Windows versions of the two aforementioned browsers with Safari, on iOS and OS X.

For users to take advantage of the new functionality, Apple released dedicated extensions for Chrome and Firefox. Interestingly enough, the company has yet to enable the same feature for OS X users, who still have to manually import bookmarks from the two browsers to Safari.

Even though there is no official information concerning when the feature will be available on OS X, it's likely that Apple might be saving it for the upcoming release of its desktop operating system, called Mavericks, which is expected to be released this fall.

The iCloud Control Panel for Windows is available to download from Apple's Support site.