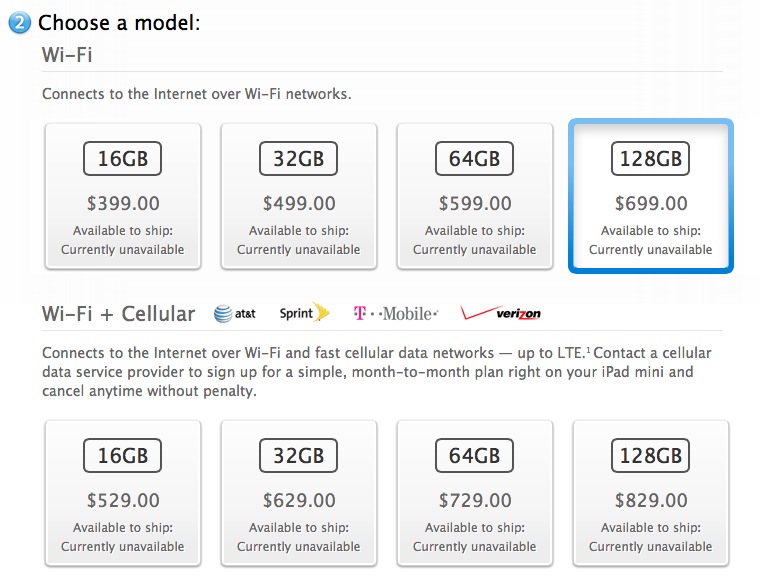 The new models, which offer double the storage capacity of the previous high-end iPad mini, will come with a $100 premium available in all combinations of space gray and silver and Wi-Fi/Wi-Fi + Cellular models.

The move comes almost eight months after Apple announced that the full-sized iPad would be receiving a 128GB variation.

The iPad mini with Retina Display is currently unavailable, but will arrive in November.