Any time there is a new operating system, it’s not surprising to see apps crash at a somewhat higher rate given all the changes. 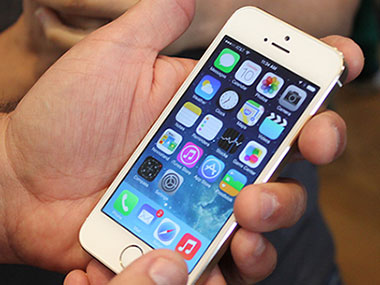 “Any time there is new hardware or software release we see issues,” Crittercism CEO Andrew Levy said in an interview. “Inevitably over time those issues get resolved.”

Levy said that perhaps the reason that the iPhone 5s is seeing more crashes than the equally new iPhone 5c is that, while developers were able to check their apps for compatibility with iOS 7 during several months of beta testing, the new hardware wasn’t available ahead of time. The iPhone 5s packs a new 64-bit A7 chip and an M7 coprocessor, while the 5c is nearly identical internally to the iPhone 5.

Levy said that its not uncommon to see higher crash ratios when new devices or operating systems come out. And Apple has done a pretty good job of making a major transition–the shift to 64-bit processors–nearly invisible. With past transitions, including the move on the PC desktop to 64-bits, developers had to write new drivers and other code.

“The good news is that Apple is certainly aware of issues. they’ve pushed out two iOS updates for iOS 7… Apple Is doing a really old job of addressing these issues as they come up.”