From the makers of the highly popular iOS title Real Boxing, developer Vivid Games has released a complex arena fighting game dubbed Mayhem Combat. Originally soft launched in a small handful of countries, the game is now available worldwide for download. In addition to the global release the developers have announced a special content for all the players. Whoever stays at the top of the ranking by July 5th 23:59 GMT will be awarded a $1,000 cash prize. Those who place in the top 100 will be rewarded with in-game prizes like gold and cards. More information can be seen on the official Discord channel. 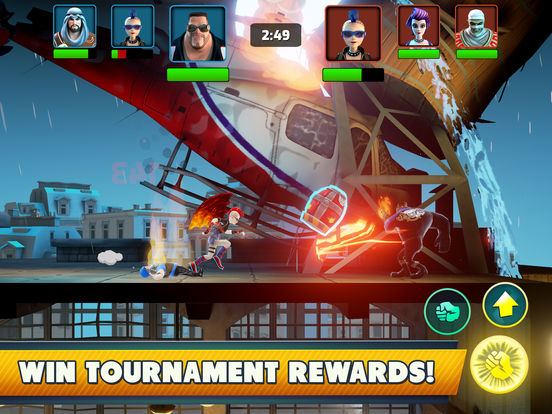 Mayhem Combat is a new take on the fighting genre from Vivid Games. Unlike Real Boxing this game aims for something more powerful and intense, being one of the only mobile fighting games with platforming arena movement, including interactive environment elements.