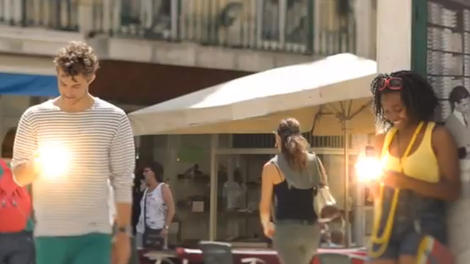 With the Samsung Galaxy S4 announcement looming large, TechRadar took the opportunity to ask ARM's Ian Drew if he was excited by the imminent arrival of the latest flagship handset.

Samsung's Unpacked event in Ney York will bring us the first glimpse of the new handset, which will take on the critically acclaimed HTC One and Apple's next handset, be it the iPhone 5S or iPhone 6.

ARM has been a key partner for Samsung and its chip designs will feature heavily in the Galaxy S4 - which is inevitably an exciting new arrival for the British chip giant.

"I'm always excited by everything Samsung does," Drew told TechRadar, nodding in the affirmative when we asked if the S4 would blow us away.

"I'm an old school guy - I started programming on Sinclair ZX81 - so when I look at the latest phones I go 'Wow the computing power in that' and look at what you can go do with them.

"You look at the screen, the resolution, performance battery and life... those are what the consumer wants.

"I can't control price but I can help with other things like battery life."

TechRadar is already en route to New York for the main event on Thursday and we'll be bringing you all the excitement around the announcement as well as our first look at the device itself.