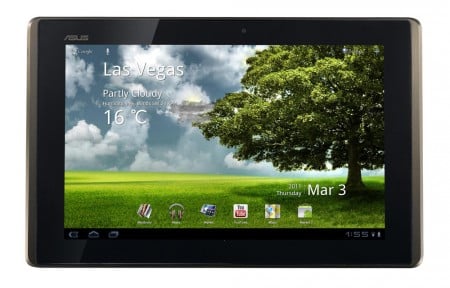 ASUS is a well known brand in the world of computer hardware, and now when we talk about Android tablets, we can't continue without hearing the name ASUS mentioned once or twice. This year they launched two Android powered tablets, one was the EeePad Transformer and the other was the EeePad Slider. The Slider was launched a few weeks ago, but the Transformer has been around for a while now. Sometimes it's considered as one of the best Android tablets in the market along with the Samsung Galaxy Tab 10.1. We heard back in July that ASUS was shipping more than 400,000 Transformers every month. We also reported information about the Transformer 2. We heard from two sources that the Transformer 2 will be a quad-core tablet, powered by Nvidia Kal-El processor and word on the street is that it will be out this fall and cost around US$549-799.

Today, we received some good news relating to the Transformer 2 directly from the CEO of ASUS. He clearly said that they are not scared of the new Kindle Fire, which was recently announced by Amazon as a cheap Android tablet, and that they are not planning to slash the price of the Transformer to compete with the Fire. The Transformer is currently available for $399 and ASUS has stated that they are happy with the tablet feedback they received thus far. Shen also spilled the beans about the Transformer 2 and that it will cost $499, which is $100 more than the original. Seriously, I think it's a fair deal because the Transformer 2 is expected to come with a quad-core processor, Ice Cream Sandwich, 10-inch touchscreen display, and a lot of other stuff. So under-$500, I believe it's a perfect deal. Hopefully, we will hear something from ASUS at CTIA where Google and Samsung are also launching the first ICS device known as the Nexus Prime, or maybe there will be multiples ICS devices released instead of just one, you never know.

Well, at least Shen confirmed that there will be a Transformer 2 and what it will cost. Anyone planning on grabbing the Transformer 2 later this year? Tell us in the comment box below.