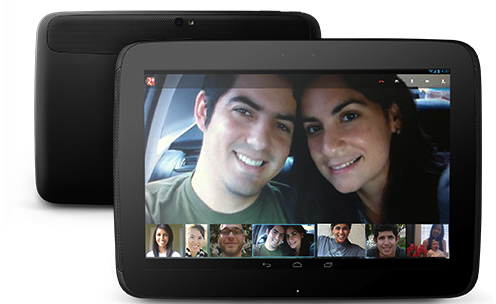 Like the Nexus 7 before it, we’ve been expecting a refresh of the Google Nexus 10 for awhile. We’ve been hearing rumors of Google going with ASUS for the next Nexus 10 since back to August, but it wasn’t until we spotted the device in a PC World computer system that we had something a little more concrete. The 10-inch tab had a list price of £350 in the UK, and unfortunately, a release date wasn’t provided.

Today @evleaks is confirming those rumors of an ASUS-built Nexus 10, showing off yet another screen shot from an unnamed store computer system listing the “Google Asus Nexus 10″. Other than that, little details were given (we were hoping for a list price). It’s expected that Google will unveil the new Nexus 10 during the same event as the soon-to-be-announced Nexus 5. Current rumors are pointing to an October 14th reveal, but as the clock ticks down (press invites have yet to be sent out), we’re thinking it could be a few weeks later than that.