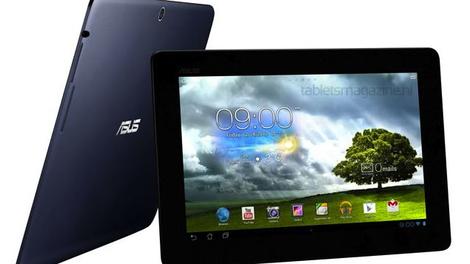 Asus' affordable Memo Pad tablets will be landing on UK soil on October 21, with the two tablets both going on sale for the bank-account-friendly price of £199.99.

Why are the two tablets the same price? Because for all its extra screen real-estate, the Memo Pad 10 comes with a slightly less impressive spec sheet than its smaller sibling.

The Memo Pad 10 also has a bigger battery - 5070mAh versus the 8's 3950mAh - but it only adds around half an hour more battery life, according to Asus's tests.

Other than that, both tablets come with a 1.6GHz quad-core processor, Android 4.2, 1280 x 800 resolution IPS displays, 1GB of RAM, 16GB of storage and microSDXC slot and a 1.2MP front-facing camera.

You'll be able to pick the Memo Pad 8 from Amazon, Argos, Ebuyer, Littlewoods and Tesco, while the Memo Pad 10 will be sold through Amazon and Ebuyer.