The ASUS Transformer Pad TF700, the quad core Full HD tablet that we’ve reviewed for you here now gets a pricing and release date for USA. Also, in case you’re curios there’s an official promo clip below, detailing the features of the well specced unit. 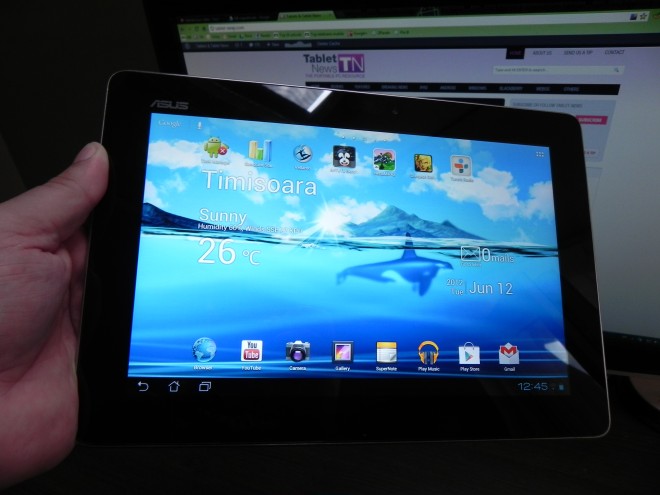 It appears that this device showcased first at MWC 2012 will hit the US stores in the week of July 16th, sporting a $499 price, that’s a pretty unexpected pricing and a very good one, if you ask me. You’ll pay $599 for the 64GB unit and I say it’s unexpected since I was thinking about something like $700 or even more. Keep in mind that these prices only apply without the keyboard dock, that’s sold separately for $149. The Infinity TF700 packs a 10.1 inch 1920 x 1200 pixel IPS display, with a Gorilla Glass protection on top.

The screen has 600 nits of brightness and a very good 8 megapixel camera at the back. ASUS will use a Tegra 3 T33 1.6 GHz on the WiFi version of the slate and a dual core Snapdragon S4 for the LTE one, so that’s probably the one that will be most popular in the US. You should also know that the older TF201 dock is compatible with the TF700, so there’s no need to buy a new one, if you already had a TF201 keyboard.