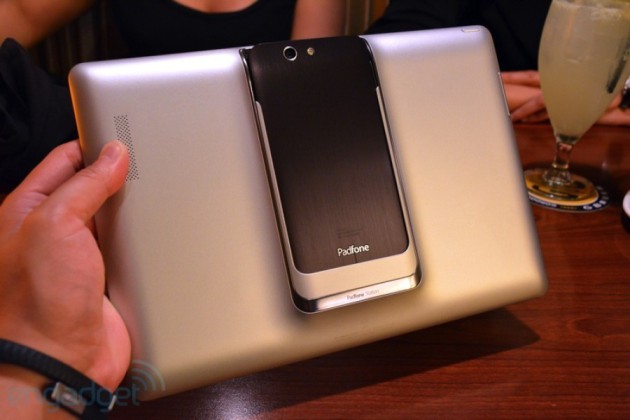 The updated PadFone Infinity is official folks. It gets a beefier processor in the Snapdragon 800 and a microSD slot. You will also find a secondary microphone for noise cancellation, a new diamond cut on the metallic backside, and some minor changes to the UI. The camera is the same (13MP and f/2.0 aperture), but there is a new feature called PixelMaster. It combines multiple pixels to form a 3MP image that promises to be sharper.

The phone itself still has the 5-inch 1080p IPS display along with a 2,400mAh battery. If you already own an existing PadFone Infinity tablet dock, you will still be able to use it with this new phone.

I would love to finally see one of these bad boys come to the U.S., but not sure which carrier would be keen to it.