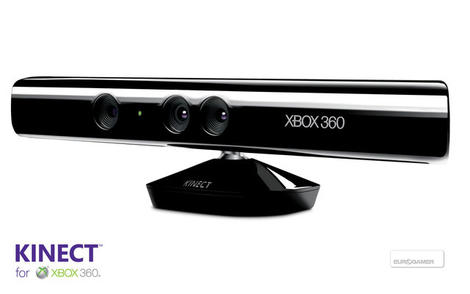 We might all be flailing wildly at our laptops to open documents soon as at least two prototype Asus laptops exist that incorporate Microsoft Kinect sensors.

The Daily was lucky enough to snag some time with what a Microsoft insider confirmed were two official Microsoft prototypes running Windows 8.

The gesture control sensors sit where the webcam would normally be (in the centre of the panel above the screen), with what looked to The Daily like LEDs beneath the display.

Unfortunately the Murdoch-owned iPad newspaper didn't manage to grab any pictures nor use the gesture control, but it does seem to confirm that we'll see Kinect functionality baked into portable hardware at some point in the near future.

Kinect is already compatible with Windows, with the necessary hardware being released in February 2012 after developers were given access to the SDK late last year.

The motion-sensing peripherals have been a massive success for Microsoft on the Xbox 360, bagging well over 10 million sales and a T3 Gadget of the Year award to boot.