A new smartphone from ASUS has just hit the FCC, and according to the listing, it’s the ZenFone 4V. Which pretty much points to the fact that the ZenFone 4 will be available in the US on a carrier, and that carrier appears to be Verizon. Its model number is A006, which has already hit benchmarking sites as the ZenFone 4V.

There’s very little known, other than rumors and leaks, about the ZenFone 4 lineup. But ASUS is said to be launching it this month and having it available for purchase in August. According the screens shown of the ZenFone 4V here, it appears that the device is running on Android 7.0 Nougat, with the May 1st, 2017 security patch. That security patch could be updated before the device becomes official. The ZenFone 4 will be the fourth iteration of ASUS’ smartphone lineup, and it’ll likely have a ton of variants as the ZenFone 2 and ZenFone 3 had before it. Although it does seem to be launching really soon after some ZenFone 3 variants launched, like the ZenFone 3 Zoom which just launched a few weeks ago. But that’s usually the case for ASUS, it makes sure it has a smartphone available for every niche market out there. Whether you want something with a huge battery, a great zoom camera, or something cheap, ASUS has what you need.

Before a smartphone is available for purchase, the device has to go through the FCC, which is what is happening here. The FCC does multiple tests on the device before it can be sold. Typically this is done even before its announced, but some are put through the FCC after its announcement and before it’s available for purchase. ASUS has already sent out press invites for a September 21st event in Rome, but it’s unlikely that the device will be announced then, with it passing through the FCC now. The announcement is likely to be coming in the next few weeks. Usually devices that are fully functioning – and this one obviously is since the FCC has screenshots from the device – pass through the FCC just before launch, as the last step before it hits customers hands. 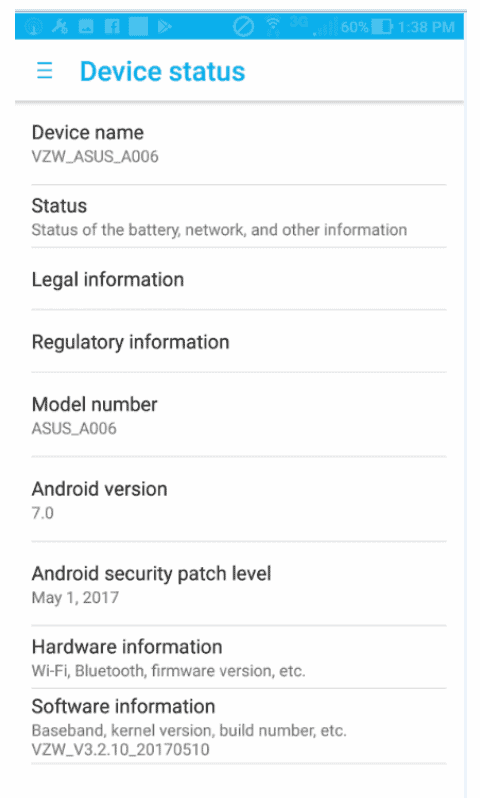